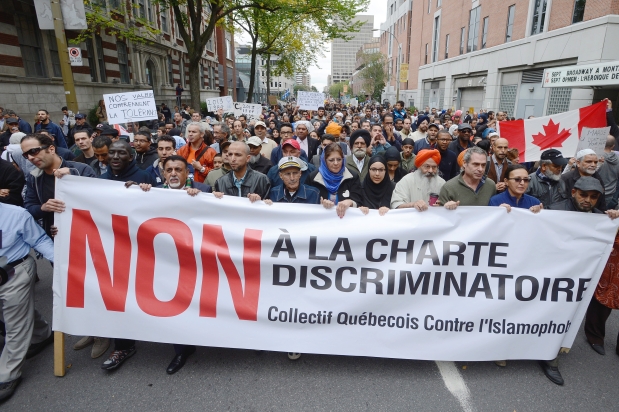 Demonstration against the ‘Charter of Values’ in Montreal in September

The Toronto Star has a hard hitting editorial on Quebec’s so-called Charter of Values, which the Parti Québécois government has insisted it will try and force through the National Assembly.

Noting that the bill has faced opposition from across the political spectrum, even alienating the PQ’s fellow nationalists, the editorial concludes:

“Still, the PQ seems eager to campaign on it in the next election, hoping to galvanize their base and capitalize on some voters’ fears that minorities are undermining their ill-defined values. Having failed to peddle independence, the PQ is now reduced to stirring a furor over a nonproblem to regain traction. It is cynical, manipulative politics. People are right to push back.”