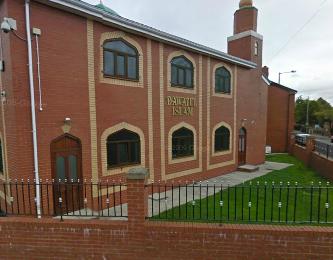 A Quran was “desecrated” and racist graffiti daubed at a mosque, it has emerged. Two teenagers have been charged with racially aggravated criminal damage connected with the incident in Chorley.

Police said intruders entered the Dawat Ul Islam Masjid, also known as Chorley Mosque, in Brooke Street, before causing interior damage and damaging various items, including a Quran. Officers added that racially-abusive graffiti was found on walls at the building during the incident.

Police said that their investigations had not linked the attack to any organised anti-Islamic group.

Coun Hasina Khan, who lives nearby and represents Chorley east on the borough council, said many Muslims in the town were shocked by the incident. She said: “Every religion and all places of worship should be given the greatest of respect by all members of the community.” She added: “Chorley is a place of cohesion between the communities and incidents like this are very rare.”

Sergeant Kevin Mountain, from the Chorley neighbourhood police team, said: “We treat incidents of this nature with the utmost gravity. I would urge anyone who feels they have been subjected to a crime because of their race or religious beliefs to contact us immediately and we will investigate fully.”

The £500,000 mosque, which opened five years ago, has a capacity for more than 500 worshippers and was the first purpose-built mosque in Chorley. Its facilities include a wash room and two large prayer rooms on each floor.

The incident happened on April 16 but police have only just released details after charging two people.