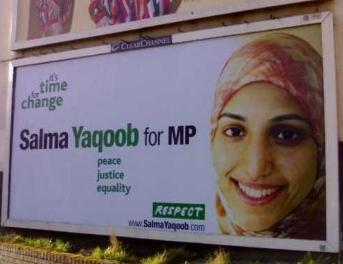 “At a time when waves of Islamophobic hatred are sweeping across Europe and lapping at out shores, the Muslim community is going to need as many advocates and defenders in the Parliament. With its support, I can be one of those. But the prize is not just about Muslims having a voice, but having a voice for all those who feel they have been abandoned, regardless of their background.”