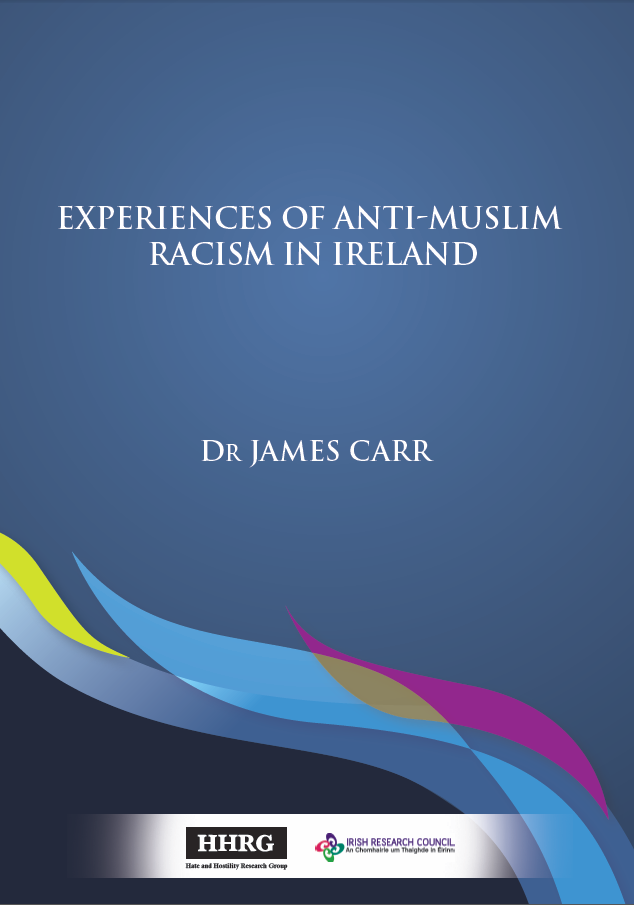 An informative report by Dr James Carr on racism and bigotry against Muslims in Ireland has been published by the University of Limerick. Based on a survey of Irish Muslims on their experiences of anti-Muslim hostility, complemented by one-to-one interviews and focus group discussions, the report found that 36% of respondents felt they had been targeted on the basis of being identified as Muslim.

Dr Carr writes: “The manner in which this hostility manifested varied. Participants reported experiencing physical assaults (22%) ranging from being struck, having hijabs forcibly removed, to being pushed, spat at; some reported being threatened or harassed (20%). A white Irish male revert to Islam recalls his experiences of physical forms of abuse: ‘I have been pushed and have had people spit in my face, for being Muslim’. Fewer participants (14%) indicated that they had property damaged. Those who detailed how this manifested referred to tyres being slashed, having eggs thrown at their home inter alia.”

The survey found that women, who were more easily identified as Muslim because of their dress, experienced higher levels of anti-Muslim hostility (44%) and discrimination (40%) than men (28% and 22% respectively). Women interviewees also reported their frustration at being subjected to anti-Muslim stereotyping and regarded condescendingly as passive victims of male oppression.

Dr Carr adds: “The discourse of oppressed Muslim women also serves to ‘legitimise’ the deployment of ‘liberation tactics’ by those would be ‘liberators’ of the oppressed. The impact these ‘tactics’ have on the Muslim female participants in this study includes shock, depression, feelings of fear and vulnerability. Jada explains how she was told to ‘take that thing rag off your head you you’re too good looking for that’ by a patient in the hospital she works in.”

More generally, Muslims are treated as a “suspect community” in Ireland, by both the police and the general public. “Anti-Muslim racism”, Dr Carr concludes, ” is a lived reality for Muslim men and women in Ireland.”

He further notes the failure of the authorities to take the issue seriously: “As it currently stands, the Irish State is blind to anti-Muslim racism as it does not systematically collect data on this phenomenon as a distinct manifestation of racist activity…. This paucity of data translates into an inability of the Irish State to construct informed policies that could challenge anti-Muslim racism.”

Dr Carr recommends that “by recognising anti-Muslim racism as a distinct phenomenon, the Irish State, through in particular An Garda Síochána, can take a first step in a process towards the formation of evidence based, effective policies that can challenge anti-Muslim racism and concomitantly encourage the reporting of this phenomenon”.