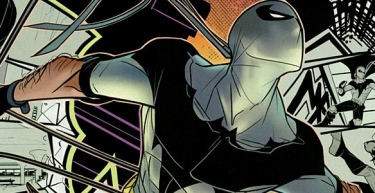 So the Batman franchise runner in Paris, France is an young man of Algerian Muslim descent. How did DC expect the blogosphere to react?

Unfortunately, readers of Batman will not be helped to understand what troubles are really besetting France. In this age when Muslim youths are terrorizing the entire country, heck in this age of international Muslim terrorism assaulting the whole world, Batman’s readers will be confused by what is really going on in the world. Through it all DC makes a Muslim in France a hero when French Muslims are at the center of some of the worst violence in the country’s recent memory.

It’s PCism run amuck, for sure.

How about that, Bruce Wayne goes to France where he hires not a genuine French boy or girl with a real sense of justice, but rather, an “oppressed” minority who adheres to the Religion of Peace. And this is a guy whose very parents were murdered at the hands of a common street thug!

I’m guessing that the writer, David Hine, is taking out his leftist anger on France for finally taking steps to fight back against creeping shariah and Islamic supremacism, by banning the niqab for starters.

While Angry White Dude told us:

Nightrunner? I thought it was written in the Koran that every Muslim’s name has to be Muhammad … including women. Or is that just the savage terrorists? Or is that redundant? Nightrunner the Muslim sidekick will have strange new powers to bury women to their waists and bash their heads in with large rocks. Batman has been needing that skill for a while ever since Catwoman went out to check the mail without wearing her cat burqa. Well, I guess AWD will have to go another 49 years without reading Batman comic books to protest!

And now comic book creator Bosch Fawstin has responded with his own comic book take on the situation. 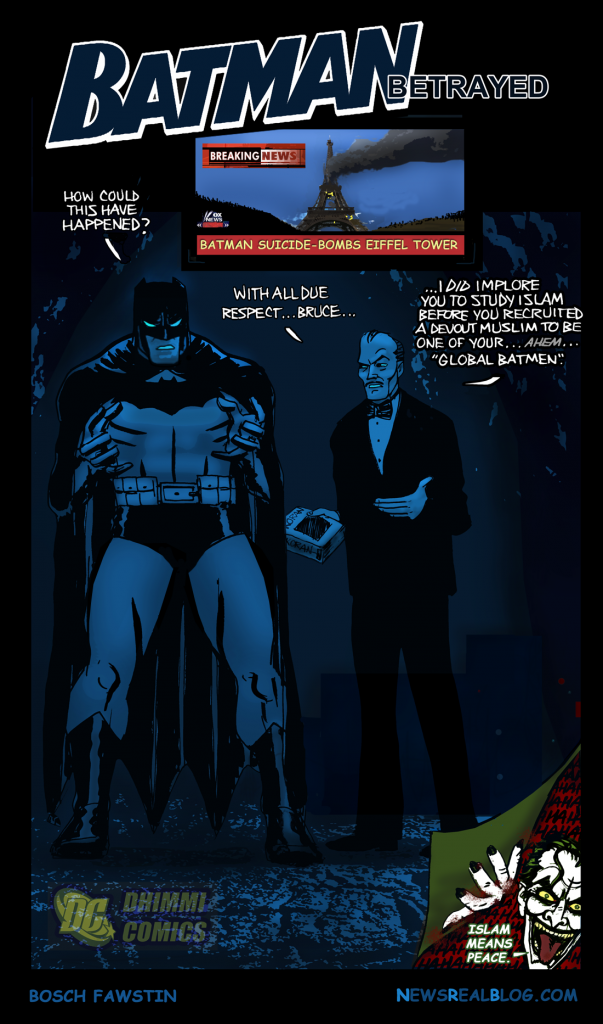 I personally don’t think Batman is built to take on butchers like al Qaeda, since DC Comics thinks having Batman kill would kill the character. (Heroes don’t kill? What of our heroic soldiers?)  But I sure as hell don’t think Batman should be used to sell the Big Lie that “Islam means peace.” And, believe it or not, this is the second time in two months that Batman has been used in Islamic propaganda, the first being in the unreadable JLA/the 99 #1. At this rate, Superman converting to Islam is inevitable.

collaboration between DC Comics and Teshkeel Comics of Kuwait, in which the Justice League of America joins forces with a group of Islamic superheroes called The 99.