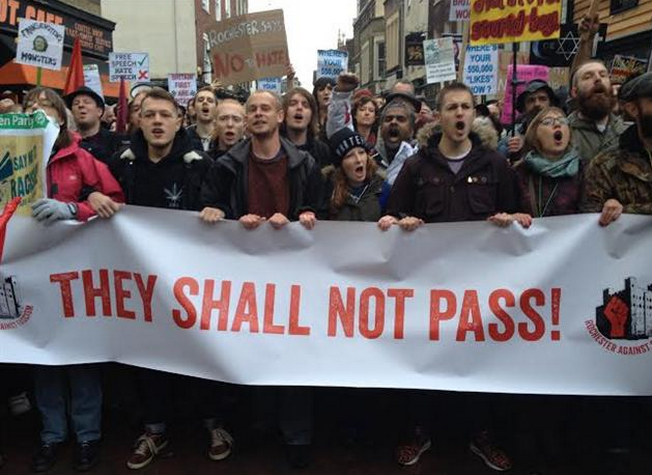 Members of far right group Britain First have left Rochester following a protest which brought the town to a standstill.

About 50-70 supporters of Britain First gathered outside the town’s train station at 1.15pm today to exercise their right to free speech. But they were greeted by a group of local people and activists, numbering nearer 300.

The right-wing group is standing candidate Jayda Fransen in the upcoming Rochester and Strood by-election.

Dozens of police officers were at the scene to oversee the march and protest. Officers eventually let the group march up the High Street but they only got a short distance before there was a stand-off outside The Queen Charlotte pub at about 2.40pm.

The town’s Christmas lights were due to start at noon, with children’s activities and performances in the High Street, followed by the switch-on at 5pm by singer Jamie Johnson.

But following the announcement Britain First would be staging its second march through the town at the same time, the council decided to move the event to tomorrow.

A letter was sent to all businesses who are members of the Rochester City Centre Forum on Monday which said the police had “strongly recommended” the event should be rearranged.

It follows clashes between Britain First and opponent in Rochester High Street on Saturday, November 1. 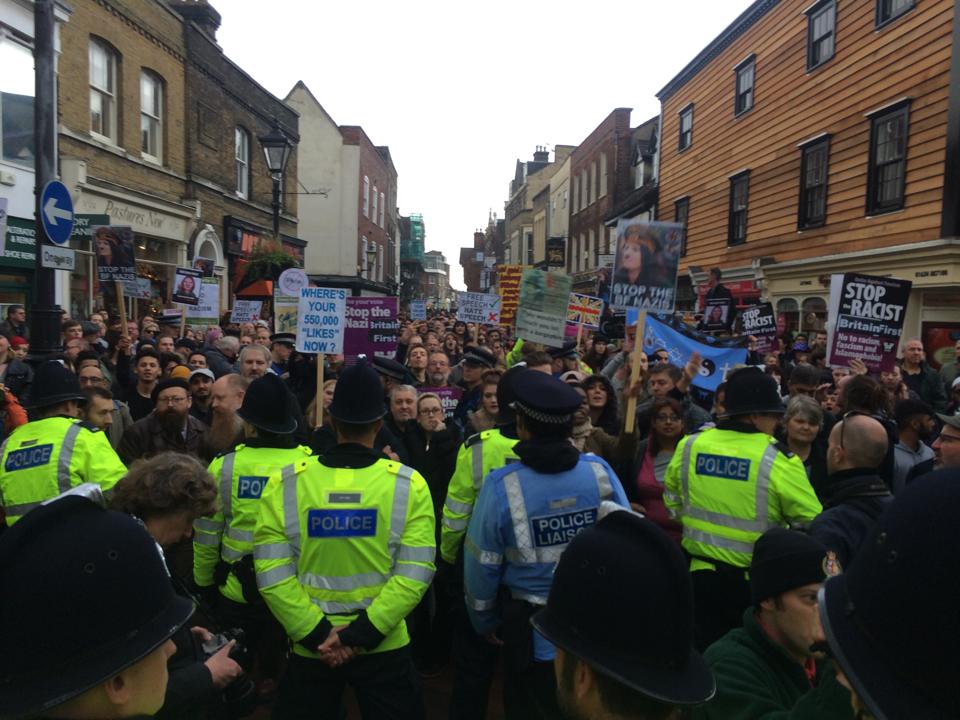 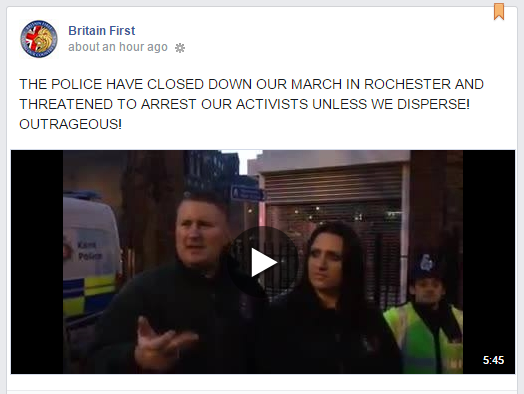