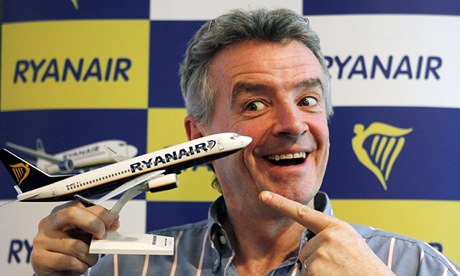 The Times has an interview with Ryanair chief executive Michael O’Leary, who among a number of other ill-thought-out opinions calls for the “burka” to be outlawed.

“I think we should ban burkas here in the UK,” he is reported as saying. “If you go to Saudi Arabia and they say the ladies have to veil up, you respect the local culture. Over here we are leaning over far too much for some of these minority religions. If you want to come and live in Western society, I don’t think you should be allowed to walk around with some inalienable right to cover yourself up with only your eyes looking out.”

However, while O’Leary favours restrictions on “these minority religions”, Christianity is a different matter. He condemns BA’s ban on crosses as “political correctness gone mad”.