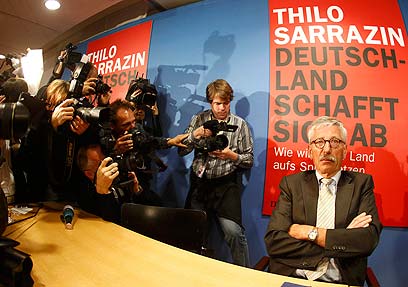 Germany’s Social Democratic Party (SPD) on Monday said it would begin proceedings for the expulsion of longstanding member Thilo Sarrazin over comments in his new book.

Sarrazin, a central bank executive, officially launched his book “Deutschland schafft sich ab” (“Germany does away with itself”) at a press conference in Berlin on Monday. A series of interviews with Sarrazin last week included xenophobic comments against Muslims and Jews, causing a storm of controversy in the run-up to the launch.

At the launch, Sarrazin reiterated his beliefs about the threat of Muslim culture to European societies. He told reporters that Germans were in danger of becoming “strangers in their own country” and demanded stronger checks on immigrants.

“There is no place for these ideas in the SPD,” Ralf Stegner, the SPD chairman in the state of Schleswig-Holstein, told the daily newspaper Tageszeitung. “It would be better if he would resign himself, but I fear that he won’t do this.”

The former Berlin finance senator also said his ideas should be viewed separately from his current role in the Bundesbank, and hit back at criticism from German Chancellor Angela Merkel, asking if she even had time to read every page of his book.

Merkel condemned Sarrazin’s comments during an interview with public broadcaster ARD on Sunday. “I am very sure this will be discussed inside the Bundesbank,” she said.

The president of the central bank, Axel Weber, has said he will speak on the subject Monday afternoon. Sarrazin was stripped of some of his responsibilities at the central bank in 2009 after making derogatory comments towards Turkish and Arab immigrants in Berlin.

At least 150 people protested outside the book launch in the capital. 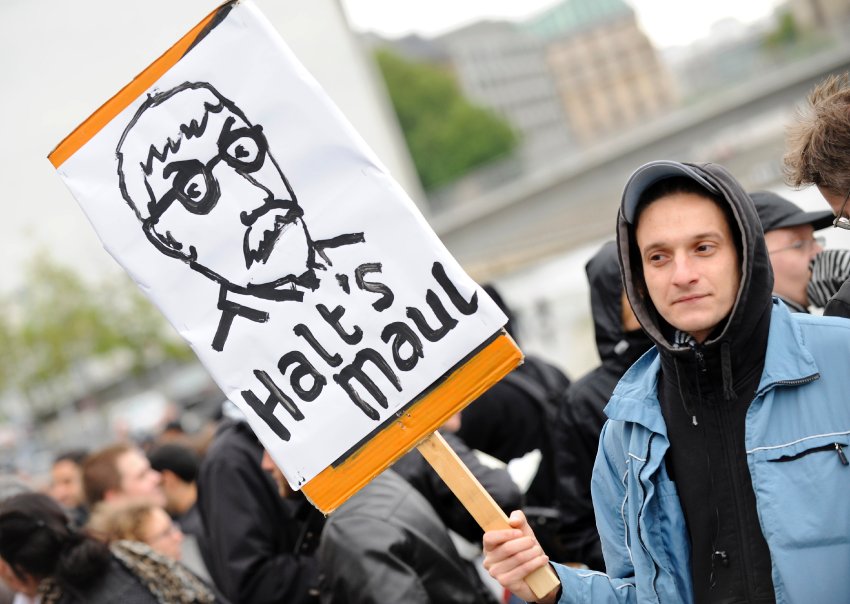