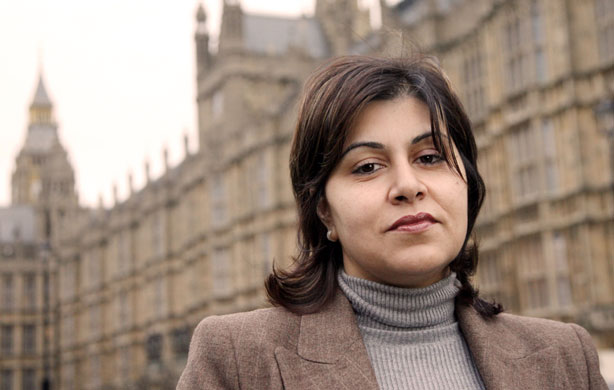 Sayeeda Warsi rolls back in her chair and bursts out laughing. “I don’t read her, actually. I call her Mad Mel,” Lady Warsi says of Daily Mail columnist Melanie Phillips, who has denounced her as “stupid”.

Warsi, a proud Yorkshirewoman, rarely pulls her punches. As the first Muslim to sit as a full member of the British cabinet, she fell foul of Phillips in January after she declared in the Sternberg lecture that Islamophobia had “crossed the threshold of middle-class respectability”.

Phillips’ barbed response was to describe Warsi, the Tory co-chair, on her Spectator blog as “at best a stupid mouthpiece of those who are bamboozling Britain into Islamisation, and at worst a supporter of that process”.