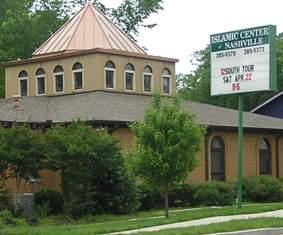 A certain kind of field trip is now off limits in one Middle Tennessee school district after students and parents complained.

Some Hendersonville High School students came to the Islamic Center of Nashville as part of a world studies class field trip. The students took a tour of the mosque and were offered a copy of the Quran, and one parent isn’t too happy about that.

“If you can’t go to one, you shouldn’t go to any. I mean, if you are going to be fair and balanced about it, that’s the way you need to handle it,” said parent Mike Conner.

Conner’s daughter refused to go on the field trip. “[The teacher] couldn’t understand why we didn’t want our children to experience different cultures. Well, different cultures is fine, but in our opinion, non-tolerant religions is not something you want to take your kids to,” Conner said.

The school then gave his daughter an alternate essay assignment. “We feel that they want Christianity to take a back seat, and they want us to be tolerant of every other religion, but they don’t expect the same,” Conner said.

We went to the mosque and asked a member, if we took your kids on a field trip to a church and offered them a Bible, how would you feel? “As a tenet of the Islamic faith, we believe in the Bible, so it would be welcome,” said ICN member Mohammad Syed.

In fact, Syed says he thinks field trips to mosques are needed, perhaps now more than ever. “It’s so important to have that interfaith dialogue and understanding of each others’ culture and religions. So, I wouldn’t agree with their objection, but they have right to disagree and I guess that’s fine,” he said.

The school district is now changing its policy after students only had time to get to two religious venues, the mosque and a Hindu temple. From now on, they say, they’ll leave religious venues out completely.

Meanwhile, Conner is spreading his message and getting national attention for doing it. “People need to know about this. Parents, you need to know what your children are being taught. You need to ask questions,” Conner said. “And if you don’t ask those questions, you’re not going to know. And by the time you find out, it may be too late.”

School leaders say they’ve been taking field trips to the mosque and the Hindu temple for several years now, and before that, students also visited a Jewish synagogue. They say they’ve never had any complaints about the field trips until now.