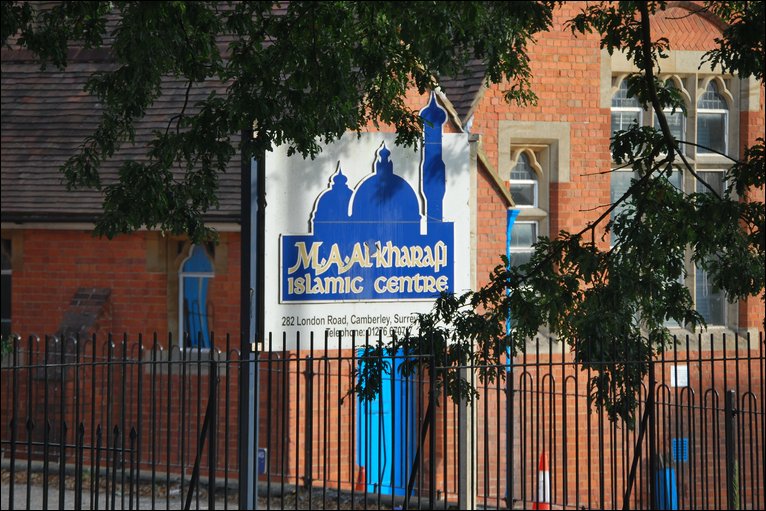 Concerns that minarets overlooking Sandhurst Royal Military Academy pose a security risk have been described as “irresponsible scaremongering”, as a public inquiry considered controversial proposals to demolish a Victorian school and replace it with a purpose-built mosque.

The Berkshire, Hampshire and Surrey Bengali Welfare Association is seeking to overturn a decision refusing planning permission for the demolition of a locally listed former primary school in Camberley and the erection of a £3m mosque complete with a domed roof and 30-metre (100ft) minarets in its place.

The contested site, which the association bought in 1996, is in Tory education minister Michael Gove’s constituency. It is also 350 metres away from Sandhurst. The proximity has alarmed a local campaign group, Save Our School, which believes the minarets are a security threat and one of several arguments against the proposals.

But lawyers representing the association on Tuesday rejected such security concerns, describing them as “irresponsible scaremongering”.

Christopher Lockhart-Mummery QC, momentarily breaking off from a scripted opening submission, told the inquiry at Camberley theatre: “I have seen what I regard as utterly irresponsible statements that there is clear view of the Royal Military Academy. It is not remotely and has never been the case.”

He said the current premises, on the A30 London Road, were “grossly unsuitable” for the Muslim congregation’s needs and that the association could “only marvel” at the “spacious facilities meeting precisely the worshipping traditions” of the congregation at a nearby Christian church.

Lockhart-Mummery also said a lack of space meant proper and respectful prayer was “difficult if not impossible”. “We have a gross inequality of opportunity between different racial groups. The council has demonstrably failed to discharge its statutory duty in these respects, plainly because it was wholly unaware of them.”

Should the appeal fail, Lockhart-Mummery said, the association would have no alternative but to “carry on in these grossly inadequate conditions, to the severe detriment of their own, and the wider, community”.

The association has encountered opposition from thousands of residents, many of whom have funded legal representation for Save Our School at the inquiry.

Barrister John Pugh-Smith said in his opening statement: “There is no religious reason for mosque design in the UK to incorporate domes and minarets and to be a naive replica of mosques found in the Indian subcontinent.”

The Save Our School lawyer drew applause from members of the public for condemning the association’s proposals for segregated facilities, saying such “sexist exclusion” ran contrary to the UK government’s gender equality initiatives.

Surrey Heath borough council and Save Our School also claim the mosque would cause significant harm to the conservation area and not positively contribute to the character and appearance of the local environment.

You’ll note that the Save Our Schools lawyer took his arguments directly from Taj Hargey, who wrote: “there is nothing in Islamic theology that legitimises a misogynistic apartheid in the house of God…. There is no Islamic injunction that minarets are intrinsic to mosques.” (He added: “building two twin minaret towers, so close to a renowned military college, is a provocation.”)