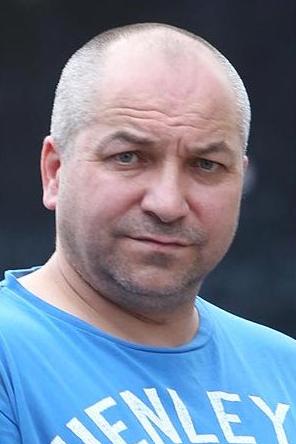 A British racist has PRAISED massacre gunman Anders Breivik, saying: “I take my hat off to you, sir.” Twisted right-winger Philip Horn said Norwegian misfit Breivik, who slaughtered 77 innocents, had “done what he thought was right”.

Horn, 44, who has links to the English Defence League, backed Breivik’s claim of being motivated by a political crusade to protect his homeland from Muslims. He spewed out his bile on Facebook after an Oslo court jailed Breivik for 21 years.

Under a photo of the monster giving a clenched fist salute, Horn wrote: “Well done Anders Breivik. I take my hat off to you sir. You proved you were not insane, and that you are just one of many like myself who wish their country to return to the way it was before it was invaded by the Muslim population. Respect to you.”

In response to a user who asked how he could condone killing children, he said: “They were Norwegian children being groomed for political brain washing. He done what he thought was right.”

The Sun tracked down Horn, a jobless builder from Gillingham, Kent, to quiz him over his warped beliefs. The father of three, who said he has attended EDL events and subscribed to the British National Party’s newsletter, was unapologetic.

He said: “If someone came to my door in a uniform and said they were going to bang me up for six months then fine. I’m not going to retract any remarks I made.

“To a certain extent I do defend what he’s done. Go back 40-50 years ago to Norway, would you have seen people walking around in burkas and all that?

“I am a racist to a certain extent. Of course it’s wrong to kill children, but if he had to do it that way to get his point across, so be it.”

Asked if he would like to see a Breivik-inspired slaughter of teenagers in Britain he replied: “Not to that extent, but if it achieved its goal, then yeah.”