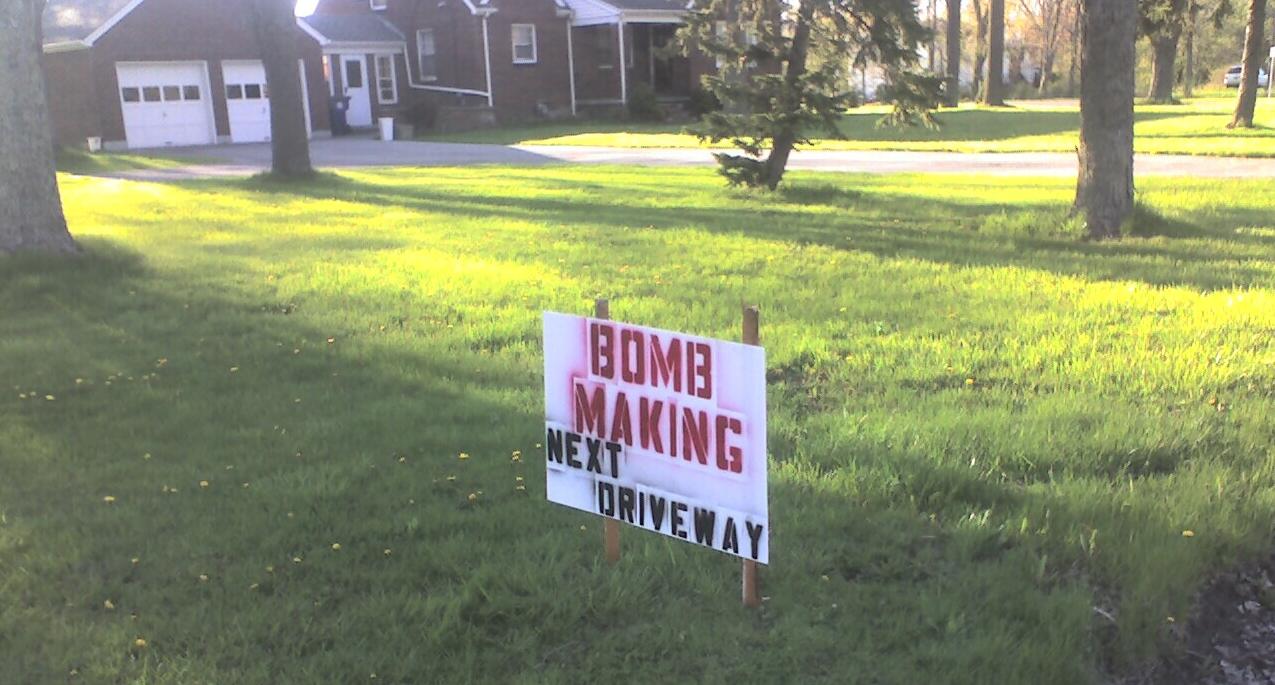 AMHERST, N.Y. — There was no answer at an Amherst home, where a stenciled sign reads, “bomb making, next driveway.” The property is located next to a newly built mosque at the Jaffarya Center.

Across the street, patients of Dr. John Athans expressed shock upon viewing the sign, questioning the timing of it. It went up this past weekend, only days after the death of Osama Bin Laden.

Further update:  See “Neighbor removes sign next to mosque”,WBEN, 11 May 2011