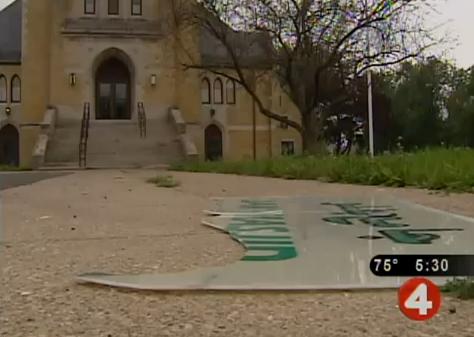 BUFFALO, NY — Was the sign at a mosque on the city’s east side intentionally damaged? What makes this incident suspicious is that it happened on Sunday, the 10 year anniversary of the September 11th, 2001 attacks on America.

Police are investigating and have not determined whether it was a was deliberate act, but some residents we talked to believe this was no accident. Geneva’s Auto owner Walter Johnson said, “That was deliberately done and I think it’s awful.”

Buffalo Police Chaplain Bilal Abdullah said, “I guess it was a 9/11. People maybe looked at it as a way to get back at Muslims in general.” Police say a truck drove over the lawn in front of the mosque and smashed the sign, which was found in pieces around the parking lot.