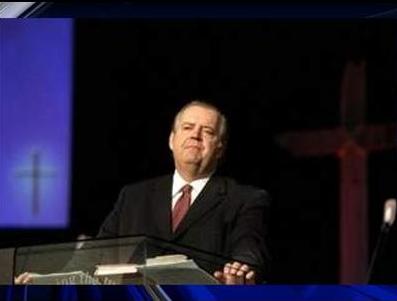 He reminded Cain that as a Christian and an African American, he should have a special interest in the enforcement of the constitution in all communities.

Last week, Cain told reporters that the plan to build the Islamic Center of Murfreesboro in Rutherford County, Tenn., is “an infringement and an abuse of our freedom of religion.” He sided with community members who have protested the center saying the center is “another way to gradually sneak Sharia law into our laws.”

Cain, an associate pastor at Antioch Baptist Church North and a GOP presidential hopeful, argued last week that the ICM is not an “innocent mosque” and warned of the threat of Sharia (Islamic law) to American laws. He asserted in a Sunday Fox News interview that the Murfreesboro community has the right to ban the center’s construction.

Land said he agrees that allowing Sharia law in the courts is unconstitutional, as it also violates the rights of women. He agreed that it should not be enforced in America’s legal system or government, but reminded the public that that the First Amendment allows for religious freedom.

“I think the First Amendment is one of those amendments that is too important and protects rights that are too central to our guaranteed rights in this country to be left with a local option,” he asserted.

Like Christians, Muslims have the right to have places of worship near where they live, Land said. Additionally, Muslims and Christians have the shared right to abide by the rules of their faith as long as that faith is not imposed on the government, he argued.

The Southern Baptist also asserted that Cain, who boasts that he is the descendent of slaves, should defend Muslims’ rights under the Constitution so that they are upheld in every community, city and state.