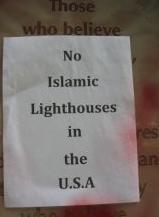 Costa Mesa police have stepped up patrols near the Islamic Educational Center of Orange County, the target of recent anti-Islamic acts including vandalism, hate mail and the burning of two copies of the Koran.

Vandals also recently defaced part of an outdoor interfaith holiday display in Mission Viejo, according to the Los Angeles office of the Council on American-Islamic Relations, which denounced both acts as “incidents of anti-Islam hate targeting the local Muslim community.”

The two incidents are thought to be unrelated but appear to be part of a recent uptick in anti-Muslim acts nationally, especially since the attempted terrorist bombing of a jetliner headed to Detroit on Christmas, council spokeswoman Munira Syeda said Saturday.