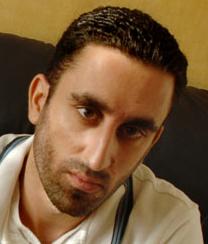 In addition to accepting damages from Associated Newspapers, publisher of the Daily Mail, Reza Pankhurst also accepted an apology and damages from the London Evening Standard at London’s High Court this morning over a similar story.

Acting for Pankhurst, Lucy Moorman told Justice Tugendhat at the time of publication her client was a PhD student and graduate teaching assistant at the LSE. She told the judge that Pankhurst, a devout Muslim who wished to become a full time academic, had been an undergraduate at Kings College until 1996 where he was in the year above Sharif. The court was told that Pankhurst had limited contact with Sharif during the period they were at university.

Moorman said that at the time of Sharif’s attempted suicide bombing in 2003, Pankhurst was a political prisoner in Egypt and had had no contact with Sharif for at least eight years. “Mr Pankhurst has never mentored a terrorist or groomed anyone to carry out an act of terrorism. He is committed to furthering the cause of Muslims in an exclusively non-violent way,”she said.

Moorman told the court the allegations in the articles were false and that both papers had now agreed to pay him costs and damages for the ‘injury to his reputation and the distress caused to him’by the articles.