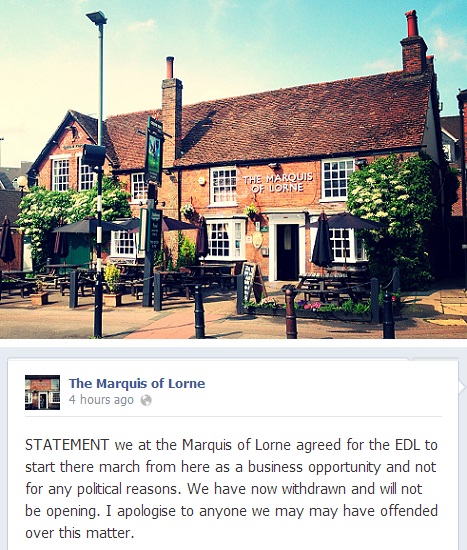 A pub will no longer host English Defence League (EDL) members before they march tomorrow (Saturday).

The Marquis of Lorne, in Stevenage High Street, had agreed to allow EDL members to meet at the pub prior to their 1.30pm march through the town. They have now withdrawn and have yet to decide whether to open their doors throughout the day.

A statement on the pub’s Facebook page reads: “We at the Marquis of Lorne agreed to the EDL starting their march here purely as a business opportunity – not for political reasons. We have now withdrawn. We apologise to anyone we may have offended over this matter.”

At present the EDL is still advertising The Marquis of Lorne as a meeting place on Facebook.

Stephen Glennon, secretary of the Stevenage branch of the Trade Union Congress (TUC) which has organised a countermarch on the same day, said: “I’m glad the Marquis of Lorne has withdrawn from hosting the EDL tomorrow. It is a friendly pub known to the local community and I think it would be wrong for it to host a group with such extreme views.”

The EDL march is due to set off from Stevenage High Street, which will be closed during this time, at around 1.30pm. The TUC march starts at Town Centre Gardens at around 1pm. 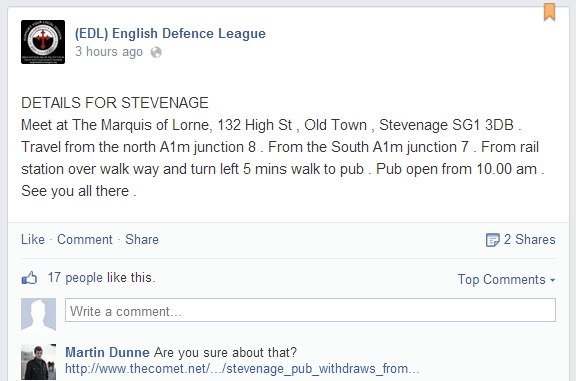 Update:  See “Four pubs that EDL planned to meet at ahead of Stevenage march ‘close doors’ to group”, The Advertiser, 6 June 2014 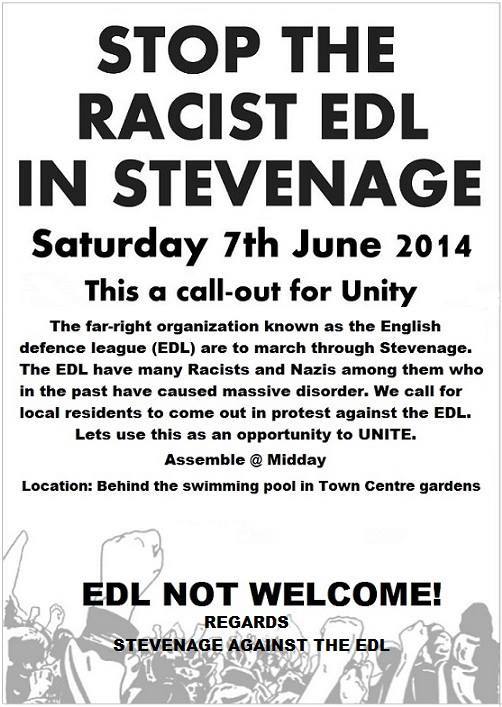