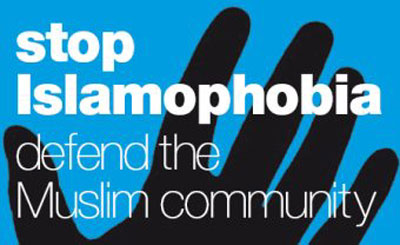 Muslims are under attack in this country as never before. Government policies and the media have created an atmosphere in which all Muslims are portrayed as reactionary and anti-western.

Young Muslims in particular are subject to surveillance in colleges, schools and mosques in the name of combating “extremism”. Those who exercise their right to demonstrate peacefully have been subject to arrest and heavy sentencing.

Meanwhile, the racist “defence leagues” have been focussing their attacks on Muslim communities, with provocative marches in towns and cities inciting racial hatred and bigotry.

From its founding in 2001, Stop the War has been committed to combating racism. We recognise that Islamophobia is a direct consequence of the “war on terror”. We believe it is vital that the anti-war movement acts in conjunction with other campaigns and organisations to stem its tide.

The Stop Islamophobia: Defend the Muslim Community conference on Saturday 5 June, organised by Stop the War and the British Muslim Initiative, will bring together a wide range of opinion united in concern over the escalating demonisation of Muslims in our society.

Organised by Stop the War Coalition and British Muslim Initiative