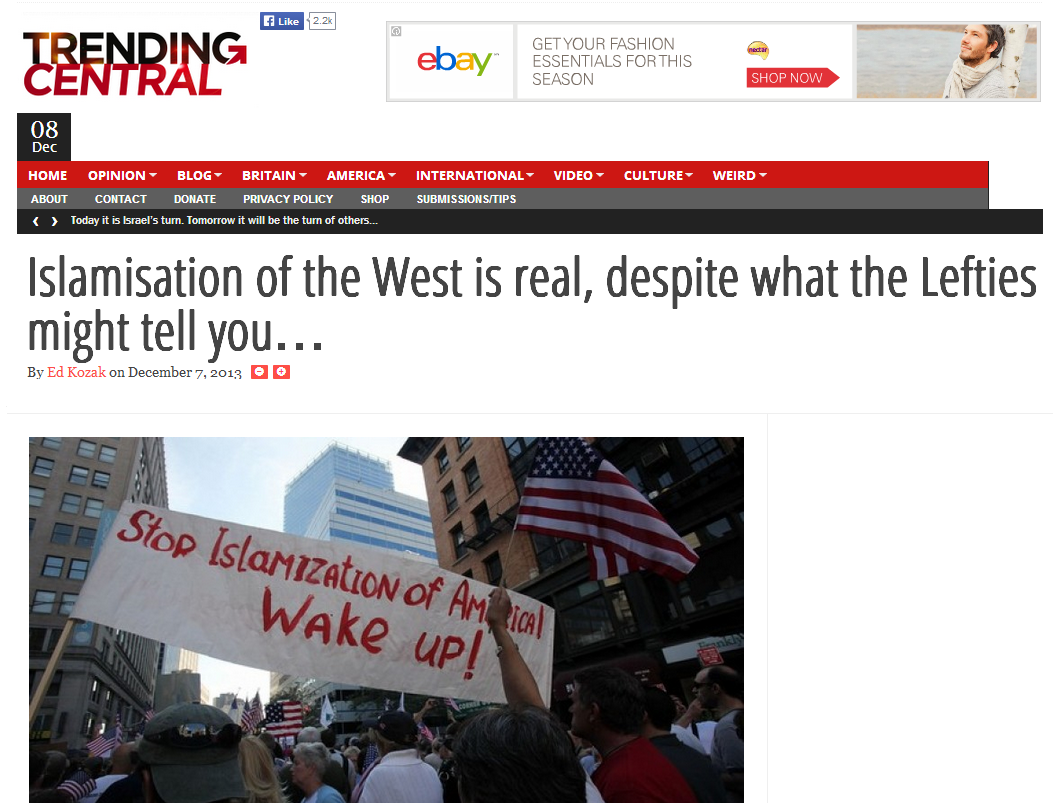 Last month Observer columnist Nick Cohen posted a piece on his Spectator blog in which he attempted to distance himself from some of the more extreme elements in the Islamophobia industry.

Admitting that he had felt “irritable” when former English Defence League leader Stephen Lennon (“Tommy Robinson”) was presented as a guest of honour at an event where Cohen himself was speaking – it was to mark an award presented to the film Silent Conquest – Cohen even went so far as to state that he was “uneasy” about the message contained in the paranoid Islamophobic documentary he had been helping to publicise. He wrote: “Robinson’s appearance after a film that had made Muslims seem both an homogenous bloc and a conquering army summed up everything that was going wrong with the Right’s reaction to militant Islam.”

However, having quoted the producers’ claim that Silent Conquest “offers a frightening insight into the extent to which Europe, Canada and the United Nations have already succumbed to the restrictions of shariah blasphemy laws”, Cohen asserted that “the standard liberal dismissal of such statements as ‘racist’ is hopeless”. His main criticism of the film was that it made insufficient use of “liberal” and former Muslims to make its point.

Even this very limited critique of the crazed “Islamic conquest” fantasy favoured by the extreme right went too far for some. Trending Central has posted a belligerent reply to Cohen from one Ed Kozak entitled “Islamisation of the West is real, despite what the Lefties might tell you…”. Identifying honour killings, forced marriages and even “dog poisonings” as sure signs that the process of Islamisation is already far advanced, Kozak writes: “If you really want to see one of the most glaring and depressing treacheries of our age, look no further than Nick Cohen and other liberals’ refusal to acknowledge the threat Islam poses to the West, and its fundamental incompatibility with modern liberal Western values.”

It is difficult to see how this differs in any way from the sort of poisonous anti-Muslim rhetoric that you find on “counterjihad” websites like Jihad Watch or Atlas Shrugs, whose authors were banned from entering the UK earlier this year because of their record of inciting hatred against the Muslim community. (Indeed, the illustration to Kozac’s piece would appear to be from one of the hysterical protests Geller and Spencer organised against the so-called “Ground Zero mosque” in New York.)

The founder and editor of Trending Central is Raheem Kassam, who previously edited The Commentator, another website with a shameful record of whipping up Islamophobia, before reportedly falling out with its owner Robin Shepherd and launching this new project. Kassam is also the director of the Henry Jackson Society front organisation Student Rights, which specialises in witch-hunting student Islamic societies. The next time journalists in the mainstream media are approached by Kassam on behalf of Student Rights with some story about hate preachers at universities, they might like to ask him why the director of an organisation that claims to be “tackling extremism on campus” is so ready to promote extremism on his own website. 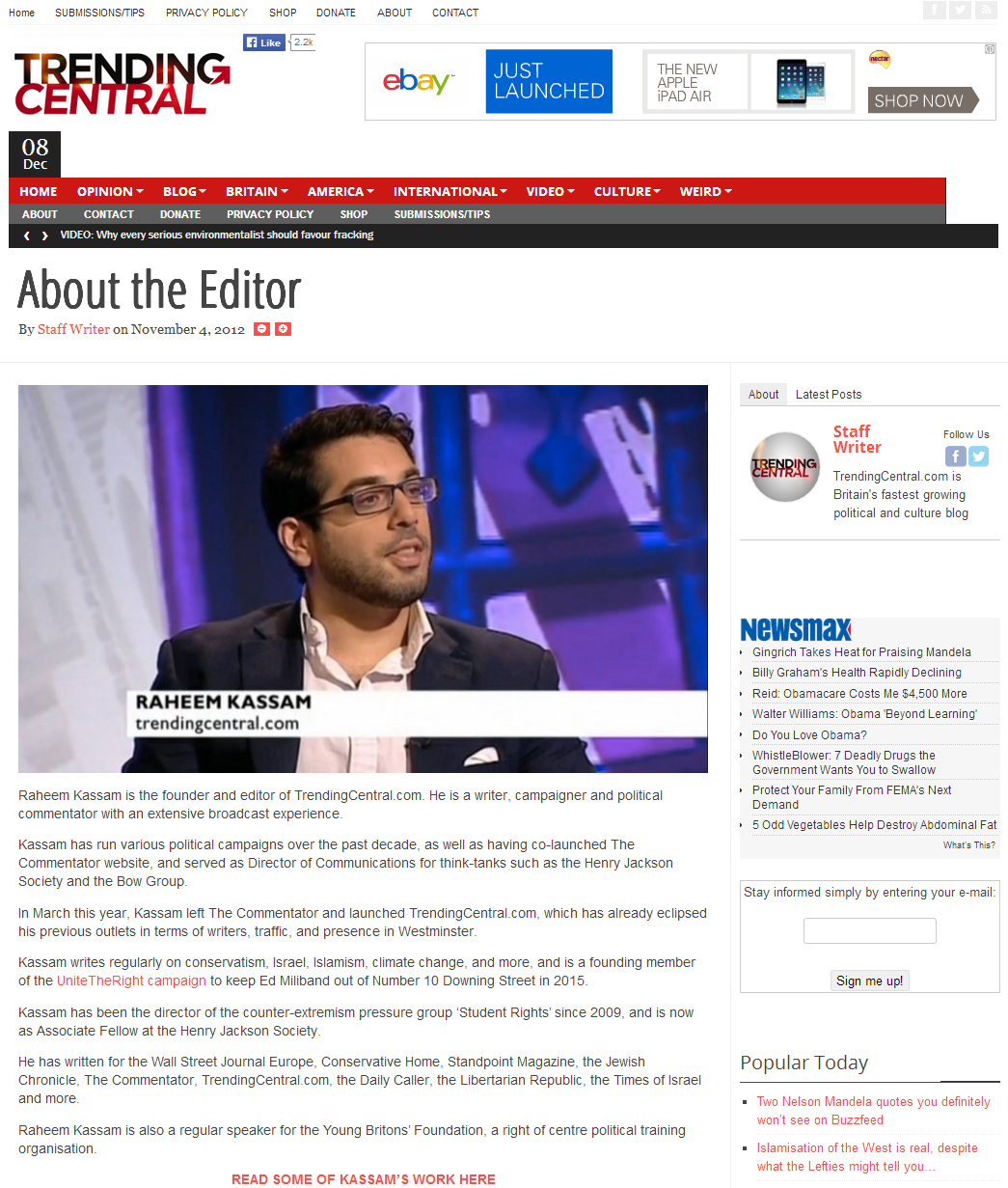