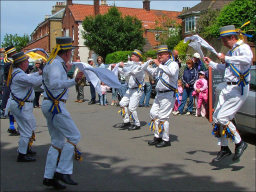 “If global warming is happening fast, the transformation of Britain into a foreign land is occurring more alarmingly swiftly still. Last week the Office for National Statistics revealed that, since 2002, approximately 515 migrants have been arriving here every single day….

“Old cinemas that are not carpet warehouses are overflow mosques…. People bob past in national costume – the women trussed up in black parachutes, to show they are men’s possessions, and the men themselves more heavily bearded than the holy warriors of the Khyber Pass…. It’s like being abroad.

“Instead of multiculturalism leading to acceptance of diversity, the liberal illusion has fostered intolerance and self-righteousness, particularly among younger Muslims who have no sense of Britishness and cling to their religious identity instead.

“So devout have the checkout staff at branches of Sainsbury’s become that they are refusing to handle customers’ beer and wine, as drink is offensive to Allah. Trainee doctors, too, are declining to attend lectures on liver diseases as they are ‘so opposed to the consumption of alcohol they don’t want to learn anything about it’, according to a spokesman at the British Medical Association. They also boycott courses on sexually transmitted ailments and won’t examine ‘patients of a particular gender’ – that is, women. Boots allow Muslim pharmacists not to dispense the Pill ‘for ethical reasons’….

“While not in the same league as blowing up Tube trains, there is still the same philosophy behind flinching from condoms and Special Brew – such goods are the mark of the Infidel….

“Why do we always cave in? The managers at Sainsbury’s and Boots and the nervous medical authorities? Why have our civilised standards and sense of moderation vanished? … We resisted the Nazis in 1940, after Dunkirk. We wouldn’t now. Today’s politicians with their egalitarian humbug would let everybody in, regardless of the fact that we have far too large a population for a tiny island – with the consequent pollution, crime and the destruction of the landscape for cheap housing estates…..

“We are feeble. We are not permitted to take pride in our own culture and heritage. At school, children are taught that in the past we were criminal and exploitative. Yet it was the British who first abolished slavery as an example to other nations. Just as Christianity had civilised the barbaraians of Europe, our empire brought education, legal systems and the glory of the English language itself to places otherwise full of famine and bloodshed…..

“The Church, having destroyed the beauty of the liturgy, has nothing to fight back with when faced with the fervour of Islam. Britishness is being allowed to die out, unrepresented and unappreciated.

“What is it that I mean by British culture? Goon shows, picnics, steam trains, John Betjeman poems, Celia Johnson and Trevor Howard on Carnforth station, Morris Men, Dad’s Army, hymns, Miss Marple on her bicycle, village cricket, coats of arms, the WI selling jam. If you’ve no idea what I’m talking about and feel no enchantment, you never were British anyway.”