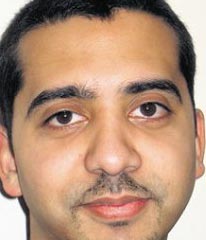 “Using a 45 second clip from a 45 minute speech to imply that the guy is an Islamist and all sorts (just read the comments) is precisely the kind of politics and smearing that Robert Spencer at Jihad Watch has done for years.

“… this sort of tactic is designed to promote the racist notion that all Muslims, even the mainstream ones working at national titles, are closet Islamists. The word ‘taqqiya’, used to imply that a person is hiding their true beliefs, constantly pops up in the comments of that expose. It’s the ‘Islamists under your bed’ narrative that unfortunately Harry’s Place has descended into over the last few years….

“HP and their friend Martin Bright are essentially saying that the New Statesman should not employ such a person, which is a deeply undemocratic and censorious position to take. It’s also a character assassination to try and ruin someone’s career….

“If the New Statesman editor gives in to this hatchet job then it feeds into a debasement of our political culture, where witch-hunts like the kind constantly seen on neo-con hubs like FrontpageMagazine.com become the way our politics is conducted.”