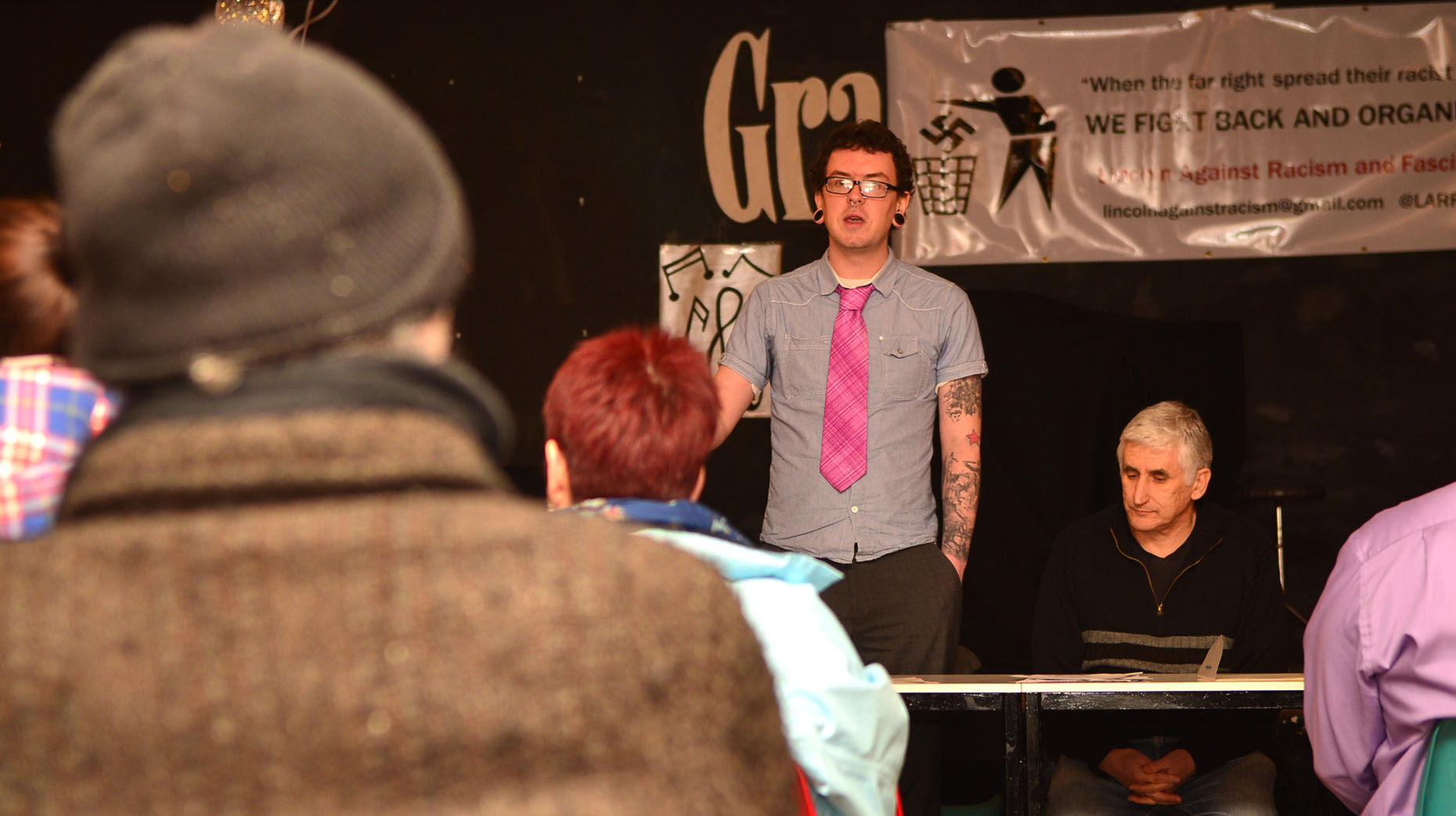 Tensions were high at an anti-racism rally in Lincoln on Wednesday night as far right supporters targeted the meeting.

In the hours before the meeting, the venue was plastered with National Front stickers, which have now been removed.

Around 20 people attended the meeting, which was briefly interrupted by shouting from outside the building.

Two men, wearing Union Jack hats, were asked to leave after they demanded entry, saying: “We’re not here to throw punches, even though some people wanted to come and smash them to bits. It’s all going to come to a head on Saturday.” The men were removed by police.

LARF spokesperson Nick Parker said: “The attempt to delay the proceedings and intimidate us should not be ignored. We will not be intimidated into remaining silent when the far-right organises in our communities, and we won’t ignore their threat and hope they’ll go away.

“We’re calling for everyone to come out onto the streets and join us on Saturday to mobilise against the racism and division that the far-right seeks to spread.”

Steve Score, an anti-racism activist from Leicester, made a guest speech at the rally. He said: “Groups like the East Anglian Patriots cannot be just ignored and hoped to go away. I hope that, at the very least, the demonstration on Saturday shows that there is opposition to these groups coming to Lincoln to try and stir things up.”

The group will march in opposition to the EAP, whose demo on Saturday campaigns against plans to build a mosque on the former Boultham Dairy site.

Lincoln Against Racism and Fascism will assemble at 10.30am at St Martin’s Square at the top of the High Street, before marching off at 11am to a rally at Cornhill Square.

Lincolnshire Police have announced robust plans to minimise the impact on residents and shoppers during the two protests.