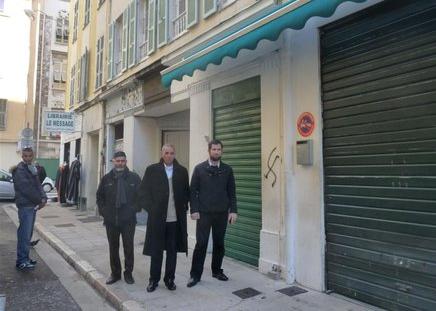 Early on Thursday morning a swastika was found on the front of the Muslim prayer hall in the Rue de Suisse in the centre of Nice. Ramzan Magamadov, the president of the city centre Muslim association that manages this place of worship, said he was “very shocked by this racist act” and has filed a complaint.