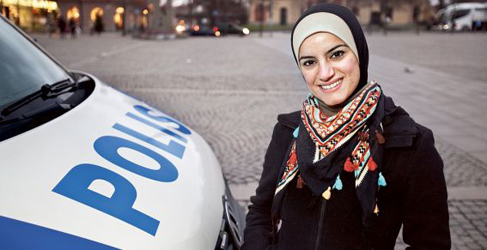 Donna Eljammal (26) is Sweden’s first police cadet with a headscarf. She had wanted to join the police long before she started wearing a hijab.

“Ever since I was little. I want to help others and move instead of just sitting in front of a computer.”

A few years ago it became possible to wear a headscarf or turban as part of the police uniform, after some debate.