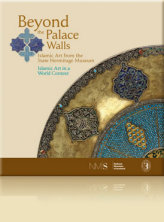 “Islam. When you hear that word, what immediately comes to your mind? A masked terrorist? Osama bin Laden? Fanatical young men with explosives strapped round their waists? These are certainly the images that leap from the newspapers and the television screens. The notion that Islam had a high culture when Britain was living in dark times seems to be off our radar screens. Islam is a religion with great richness at its heart. Terrorists and suicide bombers have hogged the headlines, but they no more represent Islam than football ‘casuals’ represent the clubs they claim to support. Yet in today’s global media village, Islam is almost exclusively associated in the western public mind with lethal fanaticism.”

Ron Ferguson on the exhibition of Islamic art which has opened at the Royal Museum in Edinburgh.