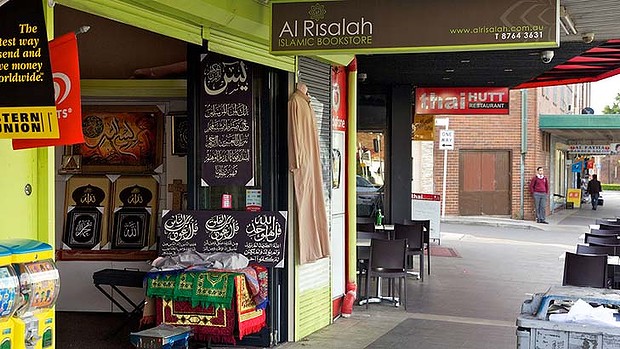 After being accused of being an extremist and secretive organisation, the Al Risalah Islamic Bookstore in Bankstown, which has found itself at the centre of a media storm in the past year, has shut down.

The closure of the business has been blamed on a vendetta against the bookshop by some community members and alleged ”defamatory” statements made in the media about the store and its patrons.

Lawyer Zali Burrows, acting on behalf of the manager of the bookstore, Wisam Haddad, and three others, has filed a defamation action against Nationwide News, the publisher of The Daily Telegraph, over its coverage of the Muslim riots in the city last year.

”Sex used to sell; these days it’s Muslims and terrorists,” she said. ”My clients are taking a stand against irresponsible media that promote religious intolerance and discrimination that often leaves a carnage of reputations in its wake.”

The bookshop was also in the news earlier this year after Today Tonight filmed an altercation on the pavement outside.

Mr Haddad said the bookstore had closed because of a major loss of sales and negativity about its operations.

He said the attention had ”caused an unjust stench about our store and its patrons, that we believe was perpetuated by both local and international media, which ran false statements and accusations that we are an extremist secretive organisation … instigating hate crimes against other groups of the community”.

”All [these] defamatory lies [were] drilled into the hearts and minds of the public as well as most of our customers who [were] from both Muslim and non-Muslim backgrounds, who never returned to the shop after the bad publicity we received,” he said.

A women’s clothing shop will open in its place, however the community centre behind the store will remain open to the public.