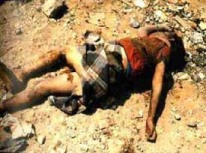 Jeff Barak of the Jewish Chronicle resumes the apparently endless campaign against the Mayor of London for welcoming Yusuf al-Qaradawi to City Hall.

Yes, we have the usual reliance on Peter Tatchell and his spurious claim that “2,500 leading Muslim intellectuals from 23 countries who signed a petition to the United Nations naming Qaradawi as one of ‘the theologians of terror’ and accusing him of ‘providing a religious cover for terrorism’.”

Livingstone’s entirely accurate observation that a dossier attacking Qaradawi relied heavily on misinformation from the Middle East Media Research Institute, an organisation headed by a former colonel in Israeli military intelligence, is characterised by Barak as an encouragement to “anti-Semitic conspiracy theories”.

Aren’t people getting a bit tired of this repetitive nonsense by now?

While Barak waxes indignant that the Mayor should welcome a supporter of suicide bombing to London, he denies with equal indignation the accusation that Ariel Sharon is a war criminal (“Sharon is strong enough to brush off the shrill comments of a die-hard anti-Zionist like Livingstone”). Given that the Sabra and Shatila massacres of 1982, for which Sharon was responsible as Israeli defence minister, have been characterised as war crimes by Human Rights Watch and other organisations, it would therefore be reasonable to describe Barak as an apologist for terrorism. According to his own criterion, he too should be banned from City Hall.