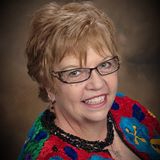 A newly elected school district trustee in Texas is under fire after she posted comments on Facebook disparaging registered voters who didn’t go to the polls for allowing a Muslim to be elected.

According to WFAA, Place 5 representative Jo Lynn Haussmann posted the following on her Facebook page last week: “Do you realize because SO FEW voters took the time and responsibility to VOTE in the municipal elections – YOU NOW HAVE A ‘MUSLIM’ on the City Council!!! What A SHAME!!!!”

She deleted the post and later apologized for it. In her apology, she took pains to note that she made the statement after she was elected, but before she was sworn in.

Although she claimed the comments were merely in response to “several people [who] had complained [to her] about the changes in the council make up,” her YouTube history reveals that she has been writing similar comments online for longer than that.

“DON’T SELL OUT YOUR COUNTRY TO BE A SOCIALIST/COMMUNIST NATION BY NOT VOTING ‘ROMNEY!’” she wrote. “If you don’t vote, you’ve voted for Obama! YOU ‘MUST’ VOTE! I’d rather have a Mormon with HIGH MORALS than a muslim!”

The KISD School Board has not commented on Haussmann’s original statement or her apology, though she claimed that she will be speaking to the “Muslim” her constituents were allegedly concerned about, local surgeon Dr. Shahid Shafi, sometime this week. 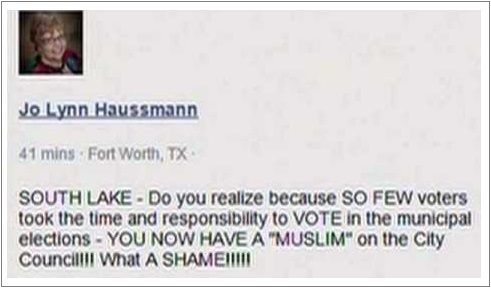 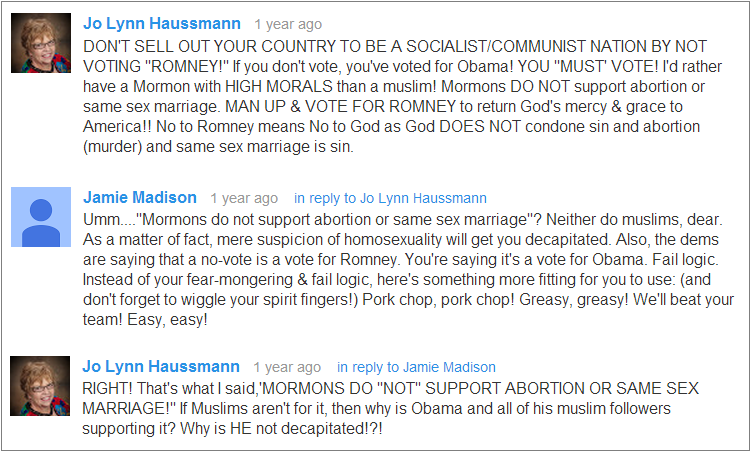