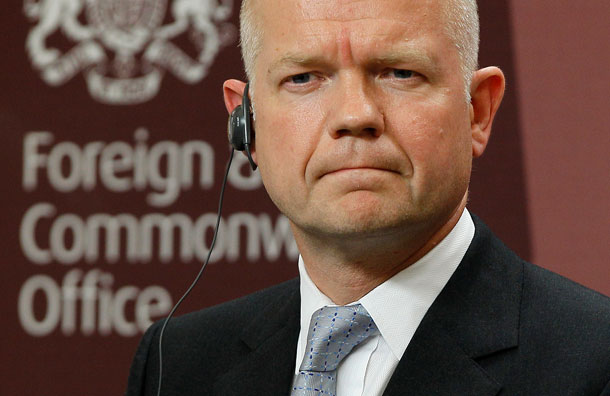 Foreign secretary William Hague has an interesting piece in today’s Times entitled “Freedom is still flowering in the Arab Spring”.

The article is hidden behind Rupert Murdoch’s paywall, but it has been reproduced on various UK embassy websites, so you can read it there for free.

In a riposte to those like Melanie Phillips and Douglas Murray who claim that “Arab Spring has turned into cold winter” because of the rise of political Islam, Hague writes:

It is true that parties drawing their inspiration from Islam have done better at the polls than secular parties and there are legitimate concerns about what this will mean. Their success is partly a legacy of the refusal of governments to allow the development of meaningful opposition parties in the past. It may also be part of a tendency to vote for groups believed to have done the most to oppose dictatorship and corruption and to offer basic welfare.

Either way, we must respect these choices while upholding our own principles of human rights and freedom and urging the highest standards. Trying to pick winners would fatally undermine faith in our intentions and our support for democracy. In standing up for the right of peoples to choose their own representatives at the ballot box, we have to accept their choices and work with the governments they elect.

Not the sort of of analysis that will find favour with Paul Goodman at ConservativeHome.

Update:  Or with Mad Mel, who writes: