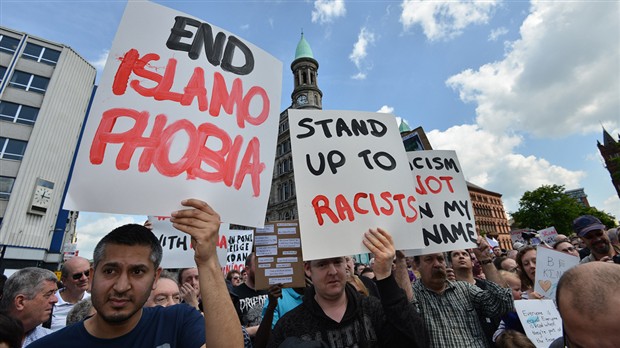 The Economist has just posted a comment piece (“Ulster and Islam: Minarets and steeples”) on its Erasmus blog about the controversy unleashed by Pastor James McConnell’s diatribe against Islam and its subsequent defence by First Minister and Democratic Unionist Party leader Peter Robinson. It concludes:

Mr Robinson’s defence of the right of preachers to “denounce false doctrine” was politically inept, to put it mildly, and it showed a peculiar understanding of the role of a secular politician. But in a narrow way he is right. Under any legal regime which upholds free speech, so long as it does not advocate violence, preachers (including Islamic ones) do have the legal right to denounce beliefs that they regard as false. There were hard discussions about this when Britain introduced legislation on “religious hatred” in the wake of the 2005 London bombings; and to the relief of free-speech advocates, language which would virtually have prohibited robust religious debate was struck out.

“A person who uses threatening, abusive or insulting words or behaviour, or displays any written material which is threatening, abusive or insulting, is guilty of an offence if — (a) he intends thereby to stir up hatred or arouse fear; or (b) having regard to all the circumstances hatred is likely to be stirred up or fear is likely to be aroused thereby.”

This covers incitement to hatred against “a group of persons defined by reference to religious belief, sexual orientation, disability, colour, race, nationality (including citizenship) or ethnic or national origins”. It doesn’t “prohibit robust religious debate” – it provides a legal deterrent to hate preachers.

The religious hatred bill that was defeated in the UK parliament in 2006, in its original form, proposed to introduce a law that was almost word-for-word the same as that in Northern Ireland. It was sabotaged by an amendment drawn up by the Lib Dem peer Lord Lester, as a result of which the Racial and Religious Hatred Act 2006 (which applies in England and Wales, not Northern Ireland) states:

“A person who uses threatening words or behaviour, or displays any written material which is threatening, is guilty of an offence if he intends thereby to stir up religious hatred.”

It is almost impossible to secure a conviction under this legislation, as it is very difficult to prove intent and, even if intent could be proved, as long as the incitement to hatred avoids actual threats, then the perpetrator is in the clear.

However, as I say, this law doesn’t apply in Northern Ireland. The religious hatred law there has real teeth, and it seems quite clear that hatred was “likely to be stirred up” against Muslims and fear was “likely to be aroused” among the Muslim community as a result of McConnell’s hate-filled sermon.

So there is a good case in law for prosecuting him.