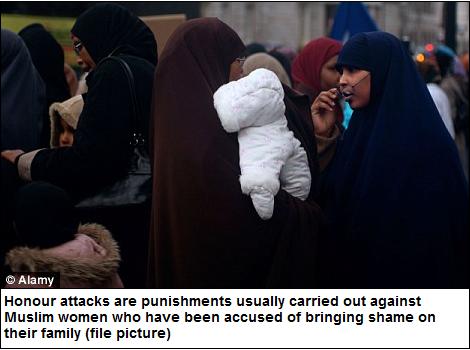 The Daily Mail has a report on the police figures for “honour-based” violence released by the Iranian and Kurdish Women’s Rights Organisation.

Some way down the article, a Metropolitan Police spokesperson is quoted as saying: “Honour-based violence cuts across all cultures, nationalities and faith groups – it is a worldwide problem.”

How does the Mail headline its report? “Alarming rise of Muslim ‘honour attacks’ in the UK as police reveal thousands were carried out last year.”

And just in case readers missed the point, the Mail provides a photo captioned “Honour attacks are punishments usually carried out against Muslim women who have been accused of bringing shame on their family”.