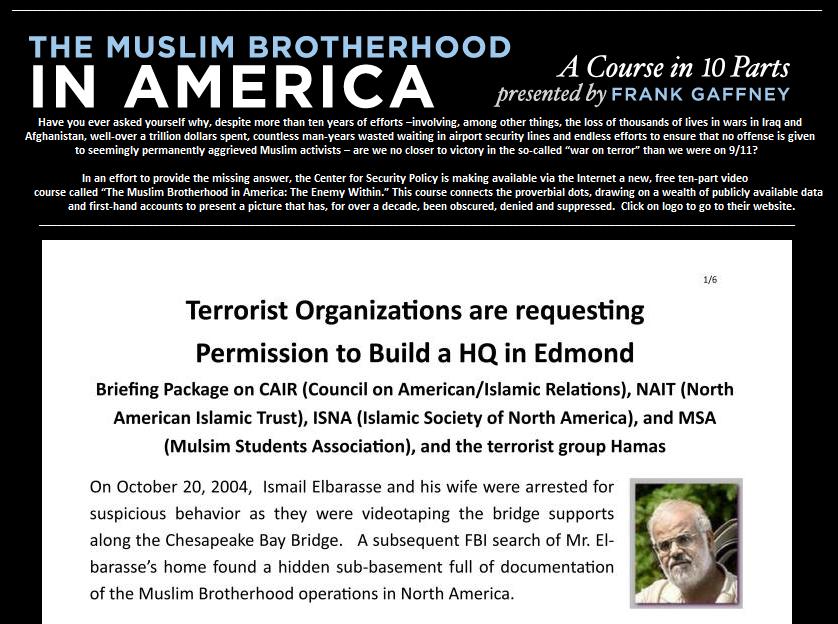 EDMOND, Okla. — There is a controversy in Edmond involving the expansion of a local mosque. The small mosque, which has been in Edmond for 20 years, sits across from the University of Central Oklahoma. Officials have requested permits to expand the building to five times the size it is now.

When neighbors were notified about the expansion plan, letters of complaint began coming in. In a hand-written note the writer asked planning commissioners to look at recent events in Murfreesboro, Tenn., and “what our grandchildren are going to face.” In one letter the sender called the mosque near UCO, “a headquarters for terrorist affiliate organizations.”

The letter describing the proposed mosque as a terrorist threat was accompanied by a flier circulated by an organisation called Oklahomans for Responsible Government (“This has nothing to do with the First Amendment. This is about treason and sedition”). As you can see from their website, the campaign draws its inspiration from Frank Gaffney’s paranoid Muslim Brotherhood conspiracy theories.