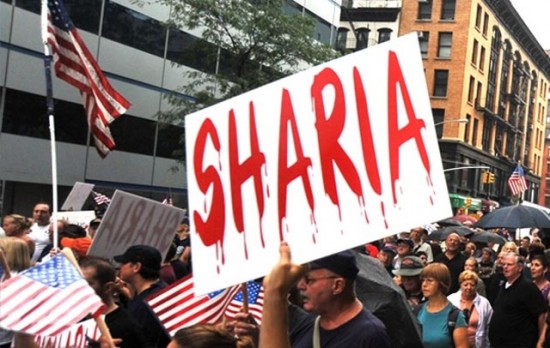 Over at his Washington Post Figuring Faith blog, Robert P. Jones analyses the obstacles faced by the sponsors of anti-sharia laws in the US.

First, in order to avoid being ruled unconstitutional, the anti-sharia bills now have to be framed so broadly that they impact not just on Muslims but also on Jews, Catholics and business interests, which has the effect of broadening opposition to the proposed legislation.

Second, opinion polls indicate that sharia hysteria is in decline among the general public. Currently 14 percent agree that American Muslims want to establish sharia as the law of the land, while 68 percent disagree and 17 percent say they do not know.