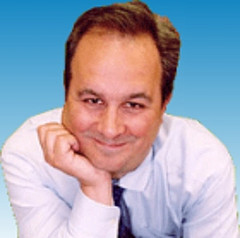 “The row over the ‘There’s Probably No God’ adverts took a new twist today. The Telegraph reports today that a devoutly Christian bus driver in Southampton has refused to drive his bus because it has the advert pasted to the side. The bus company have given him another bus to drive.

“Personally, I have no issue with the ASA passing this advert. But the thought does occur to me. If the advert had said ‘There’s Probably No Allah: Now, Stop Worrying & Enjoy Your Life’, would it have got through the ASA’s censors? I think we all know the answer. And if it had, somehow, got through the ASA, would the bus company have touched it with the proverbial bargepole? Of course not.”

Well, a “Probably No Allah” advertisement almost certainly would have been rejected – and rightly so, because, while “Allah” is just the Arabic word for “God” and as such is also used by Arabic-speaking Christians and Jews, the slogan would be taken as targeting Muslims’ religious beliefs specifically, suggesting that Islam is a particular problem and encouraging Islamophobia. “There’s Probably No Yahweh” would presumably be rejected on similar grounds, namely that it attacked the beliefs of the Jewish community, suggested that Judaism is a particular problem and therefore encouraged antisemitism.

The “Probably No God” advertisement is no less offensive to Muslims than to Christians or Jews or indeed the adherents of any monotheistic faith. So far, however, the only person who has refused to drive a bus carrying the atheist slogan is an evangelical Christian. Imagine that it was a Muslim bus driver who had done this. The press, right-wing and liberal, would be full of articles and editorials denouncing it as yet another example of Islam’s supposed incompatibility with western civilisation and Enlightenment values.