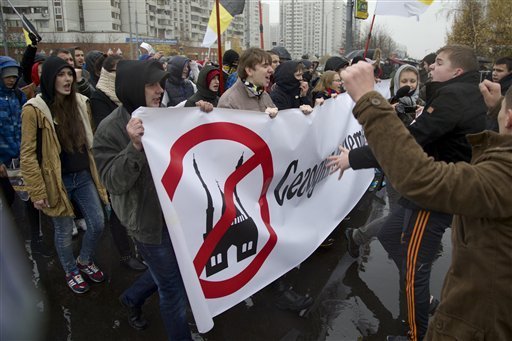 Several thousand Russian nationalists rallied Monday in Moscow, venting against the migrants they accuse of pushing up the crime rate and taking their jobs.

The protest took place on Unity Day, a national holiday established in 2005 to replace commemorations of the Bolshevik Revolution. Many demonstrators carried Russian imperial flags. One group displayed a banner reading “Young People Against Tolerance.”

Animosity is strong among nationalists against migrants from the former Soviet Central Asian republics and against non-Slavs from the largely Muslim Russian Caucasus region. Central Asian migrants are widely employed in big cities in construction and do other low-paid jobs that Russians are not eager to do.

The protesters, from tough-looking youths and neo-Nazis to older people, marched in a quiet southeast neighborhood Monday afternoon along a tree-lined boulevard. The crowd has grown more middle-class since 2005 when the first march was held.

While some of the onlookers were displeased, other locals said they were supporting the march. Yelena Yermakova, a 56-year-old who was taking a walk with her daughter and two grandchildren, said there are too many migrants in Moscow and they are “getting cheeky.”

Monday’s rally came three weeks after rioters targeted a vegetable warehouse where they believed the alleged migrant killer of an ethnic Russian man was working. Police later rounded up more than 1,000 migrants working at the warehouse.

Some demonstrators praised the riot and suggested it was backed by the state. “People received a signal that if they engage in such pogroms, there will be progress,” said Yevgeny Morgunov, a 37-year-old researcher at the Russian National Academy of Sciences.

He said he didn’t support the radical exclusionary sentiment reflected in the nationalist slogan “Russia for Russians,” but said “if Russians feel good, the other people of Russia will feel it too.”

About 30 people were detained at the rally for using Nazi slogans and symbols as well as for other misdemeanors, Moscow police said.

Nationalist rallies were held in other Russian cities as well, including St. Petersburg, Kazan and Irkutsk. 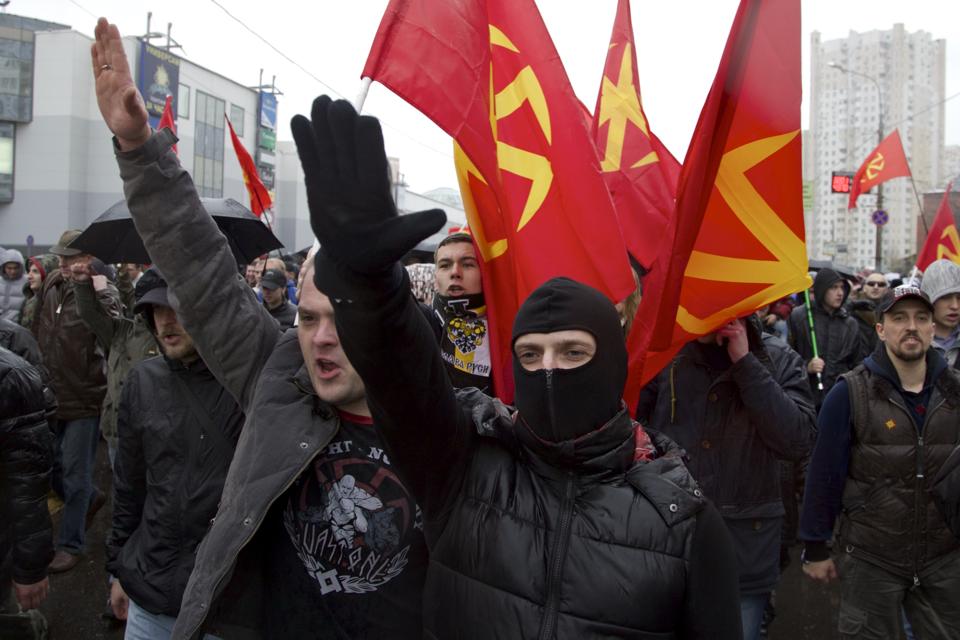