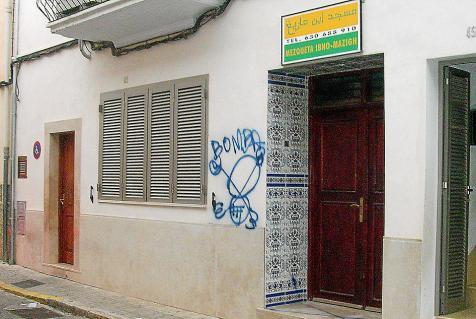 The Balearic Islands daily Última Hora reports that a mosque in the Mallorca town of Sa Pobla has been sprayed with graffiti featuring a picture of an explosive device accompanied by the word “bomb”. The entrance to the building has also been marked with an “X” on the ground. It is suggested that the graffiti may have been in response to a court decision to release two minors who had been accused of rape.