Fait-religieux reports that an Ahmadiyya mosque at Épernay in northern France which was vandalised by fascists last month has received a letter filled with racist slurs and abuse. It calls for “bougnoules” (wogs) to be thrown out of France just like the French were thrown out of Algeria and threatens to return to Épernay for a further attack on the mosque. 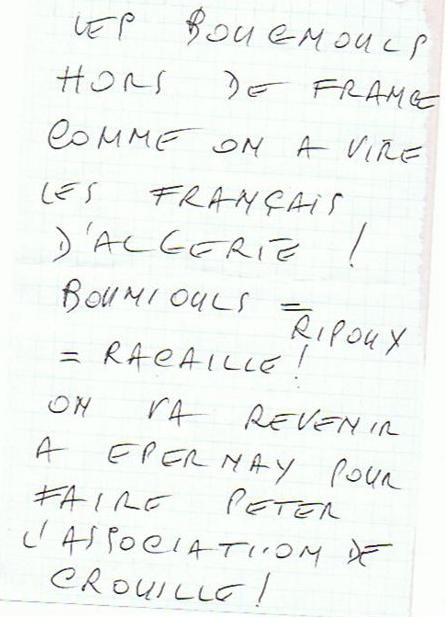