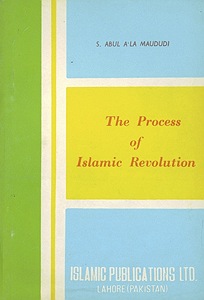 An Islamic bookstore in east Toronto is selling books that urge Muslims to usurp the Western world and install an Islamic State in its place. The books, written by deceased Islamic scholar Sayyid Abul Ala Maududi, are available at the Islamic Circle of North America bookstore in Scarborough.

“Islam wishes to destroy all States and Governments anywhere on the face of the earth which are opposed to the ideology and programme of Islam regardless of the country or the Nation that rules it,” Maududi wrote in Jihad in Islam. “Islam requires the earth – not just a portion – but the whole planet.”

Maududi’s books carry a common theme of Islam as a revolutionary “ideology and program which seeks to alter the social order of the whole world and rebuild it in conformity with its own tenets and ideals.”

Terrorism expert David Harris calls such material – antiquated or not – incredibly “problematic” to National security, but goes on to say that because of Canada’s freedom of expression legislation, police and the courts, in many cases, can’t do much about it.

“This is highly problematic,” said Harris, adding that with Canada’s ever expanding immigration of people from Middle Eastern countries – such as Egypt – the chances of importing people with radical ideologies also increases. “What we’re seeing now is not even a hint of what we will be living … We’re going to see an expanding of these tendencies.”

Tarek Fatah, a Muslim moderate and renowned commentator, cautioned that such literature can be dangerously attractive to young men raised in overly-strict Muslim households.

“The radical Islamists … keep pumping this idea that … their Islamic heritage is far superior than what the Western world has done, and that the West, what it’s doing, is absolutely Satanic, and these books over here validate those issues,” said Fatah.

If an Islamic bookshop did not stock the writings of a major figure like Maududi, that would be cause for surprise. Moreover, the prominence that the ICNA bookstore gives to his works may be gauged by the fact that the management, asked for a selection of Maududi’s booklets by the Toronto Sun‘s intrepid reporter who “posed as a customer”, apologised and said they didn’t have them in stock. The reporter had to spend half an hour rummaging through the shop before he found some of Maududi’s writings on a bottom shelf.