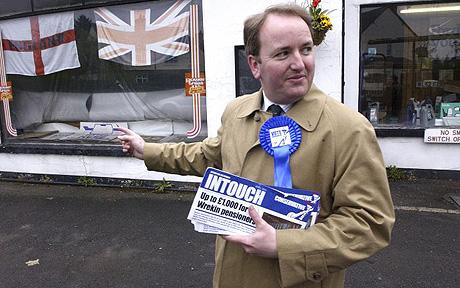 Mark Pritchard, Tory MP for The Wrekin, blogs at ConservativeHome.

And yes, it’s the usual stuff about the supposed threat from a “parallel legal system” which undermines women’s rights and social cohesion.

Needless to say, as is invariably the case with this sort of attack on Sharia councils, Pritchard makes no mention of the Beth Din courts that operate on exactly the same basis in the Jewish community.

The Centre for Social Cohesion recently published a study of the Beth Din (pdf here). In answer to the question “Is the Beth Din a recognised legal court – does it offer a parallel legal system?”, the CSC report stated:

“No, in neither arbitration cases nor religious judgements, is the Beth Din recognised as a legal court nor does it offer a parallel legal system; Beth Din rulings or advice can only be reflected in UK law if both parties freely agree and the decision is approved by the civil courts.”

As is the case with Sharia councils too. Indeed, we look forward to a report from the CSC which presents a similarly balanced analysis of faith-based arbitration in the Muslim community.

And if Pritchard is worried about women’s rights (not a traditional Tory concern, it must be said) he might take this up with the Sephardi Beth Din which in July 2008 divorced a Jewish woman without her consent, on the grounds that she “dressed provocatively in public, worse than a common harlot” and “danced in nightclubs late into the night”.

It’s also worth consulting the comments by ConservativeHome readers that follow Pritchard’s piece, in order to see the sort of agenda it plays to. Some examples:

“Labour go on and on about ‘fairness’ and ‘equality’, yet allow Muslims to have their own legal system in this country. Talk about two-faced.”

“This is England! … If people do not want to live according to the established laws of this country they are free to go to a country who’s [sic] laws they find more appropriate and should be encouraged to do so.”

“Under a Conservative Government we must make our determination clear not to accept this legal system-within-a-system and that British law must prevail.”

“It casts doubt over the long term viability of maintaining a large Muslim community within Britain.”

“Muslims living as a minority in non-Muslim countries are advised to keep their heads down until the time is right for the takeover. Mohammed clearly called for a brutal, misogynist Islamic regime in all countries…. How can anyone be trusted who follows or supports the diktats of someone who advocated terrorism and forced conversion as a religious duty, and was a paedophile and a misogynist?”

“Under a Conservative Government we must make our determination clear not to accept this legal system-within-a-system and that British law must prevail…. If you were a Muslim, watching your community grow exponentially as the indigenous population shrinks at an even greater rate, what possible incentive would have to comply with this wish?”

Of course, if similar comments were posted about the Jewish community at ConservativeHome, Tim Montgomerie would undoubtedly have them censored. But bigotry and hatred are apparently acceptable when they’re directed against Muslims.