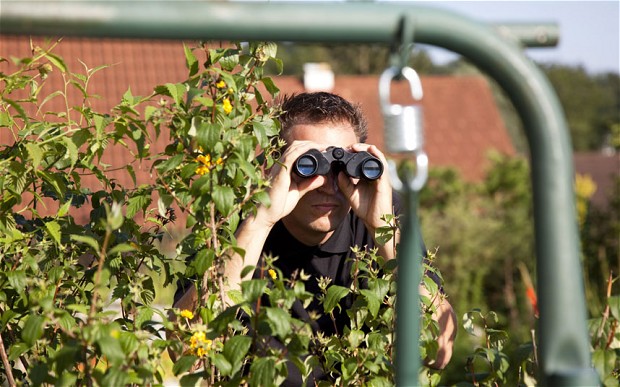 5Pillarz reports on the outcome of complaints made to the Press Complaints Commission about an inflammatory article by Alan Judd (“How to spot a terrorist living in your neighbourhood“) published in the Daily Telegraph on 28 May, in the midst of the anti-Muslim backlash that followed the killing of Lee Rigby.

The only concession the PCC was prepared to make to complainants was to accept that Judd’s claim about most terrorists in the UK being Muslims was inaccurate. The Telegraph has therefore added the following clarification: “When this article was first posted it said that the great majority of terrorists have been Muslim males aged 16-34. The reference to terrorists should have read Islamic extremist terrorists in Britain. We have amended the article accordingly.”

As for objections to Judd’s disgraceful list of telltale signs of incipient terrorism among Muslims (including “a sudden ostentatious insistence on religious ritual, especially in a secular context”), which targeted whole swathes of the Muslim community, the PCC rejected these complaints.

Like the hundreds or thousands that complained about this article, I too felt that the brazenly Islamophobic rhetoric and narrative of the article had to be challenged and a remedy sought.

The PCC’s response was far from satisfactory. It only upheld one out of the many points of complaints that were made. The PCC refused to accept that the article breached its own codes of practice by giving highly misleading impression of all Muslims being potential terrorists and by implying that signs of a deeper commitment to Islam always indicate potential terrorism or extremism.

The PCC, as it stands, is by and large an ineffective and toothless regulator. It is not an independent body (from the newspaper companies) and therefore it cannot be guaranteed that complaints are dealt with in a fair and impartial manner. The findings of the Leveson inquiry into press standards and its subsequent recommendations for the press industry – which have generally been accepted by all the main political parties in the UK – will soon hopefully remedy much of the problems that we currently face with the PCC.

Until those changes that were recommended by Leveson are made in the newspaper industry, we are stuck with the current PCC. However, even with this largely ineffective body, it is still possible to challenge press media reporting and get corrections made. It may be few and far between, but there have been many cases of successful complaints that were effectively remedied by the PCC. The Muslim community, or anyone for the matter, needs to know the PCC’s codes of practice, in particular Code 1 and Code 12, to effectively challenge the press when it gets things wrong and to maximise the likelihood of the complaints being upheld.