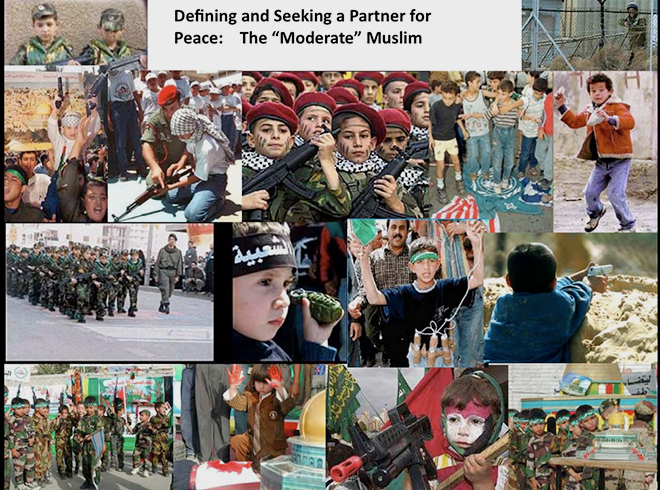 A slide from Lt. Col. Dooley’s presentation mocking the idea of moderate Muslims

The U.S. military taught its future leaders that a “total war” against the world’s 1.4 billion Muslims would be necessary to protect America from Islamic terrorists, according to documents obtained by Danger Room. Among the options considered for that conflict: using the lessons of “Hiroshima” to wipe out whole cities at once, targeting the “civilian population wherever necessary.”

The course, first reported by Danger Room last month and held at the Defense Department’s Joint Forces Staff College, has since been canceled by the Pentagon brass. It’s only now, however, that the details of the class have come to light. Danger Room received hundreds of pages of course material and reference documents from a source familiar with the contents of the class.

The chairman of the Joint Chiefs of Staff recently ordered the entire U.S. military to scour its training material to make sure it doesn’t contain similarly hateful material, a process that is still ongoing. But the officer who delivered the lectures, Army Lt. Col. Matthew A. Dooley, still maintains his position at the Norfolk, Virginia college, pending an investigation. The commanders, lieutenant colonels, captains and colonels who sat in Dooley’s classroom, listening to the inflammatory material week after week, have now moved into higher-level assignments throughout the U.S. military.

For the better part of the last decade, a small cabal of self-anointed counterterrorism experts has been working its way through the U.S. military, intelligence and law enforcement communities, trying to convince whoever it could that America’s real terrorist enemy wasn’t al-Qaida – but the Islamic faith itself. In his course, Dooley brought in these anti-Muslim demagogues as guest lecturers. And he took their argument to its final, ugly conclusion.

“We have now come to understand that there is no such thing as ‘moderate Islam,'” Dooley noted in a July 2011 presentation (.pdf), which concluded with a suggested manifesto to America’s enemies. “It is therefore time for the United States to make our true intentions clear. This barbaric ideology will no longer be tolerated. Islam must change or we will facilitate its self-destruction.”

See also “Military class suspended for its view on Islam”, Associated Press, 10 May 2012