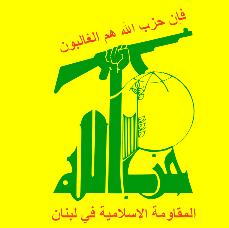 Britain overturned its policy on a key Middle East issue yesterday by agreeing to talk to Hezbollah, the Lebanese Shia movement which fights Israel and is banned as a terrorist organisation by the US.

Bill Rammell, the Foreign Office minister, told MPs the government would authorise “carefully selected” contacts with the political wing of Hezbollah, which is represented in the Lebanese parliament. Other EU countries, including France, already deal with the group.

The move, urged privately by British diplomats for some time, may be partially intended to encourage the US to follow suit as Barack Obama’s administration pursues a fresh approach of engagement with parties shunned by George Bush.

“We have reconsidered our position on no contact with Hezbollah,” the Foreign Office said, “in light of more positive recent political developments in Lebanon, including the formation of the national unity government in which Hezbollah are participating. We are exploring certain contacts at an official level with Hezbollah’s political wing, including MPs.”

Presumably no ban on Ibrahim Moussawi, then – Pauline Neville-Jones won’t be happy.

Update:  Then again, the Jewish Chronicle claims that Jacqui Smith hasn’t yet made up her mind. Though David Toube ofHarry’s Place thinks it’s a done deal.