Strangely enough, after these tweets attracted attention on social media yesterday, Hims deleted them all from her timeline, along with any reference to the positions she holds in UKIP. Happily, we have the screenshots. 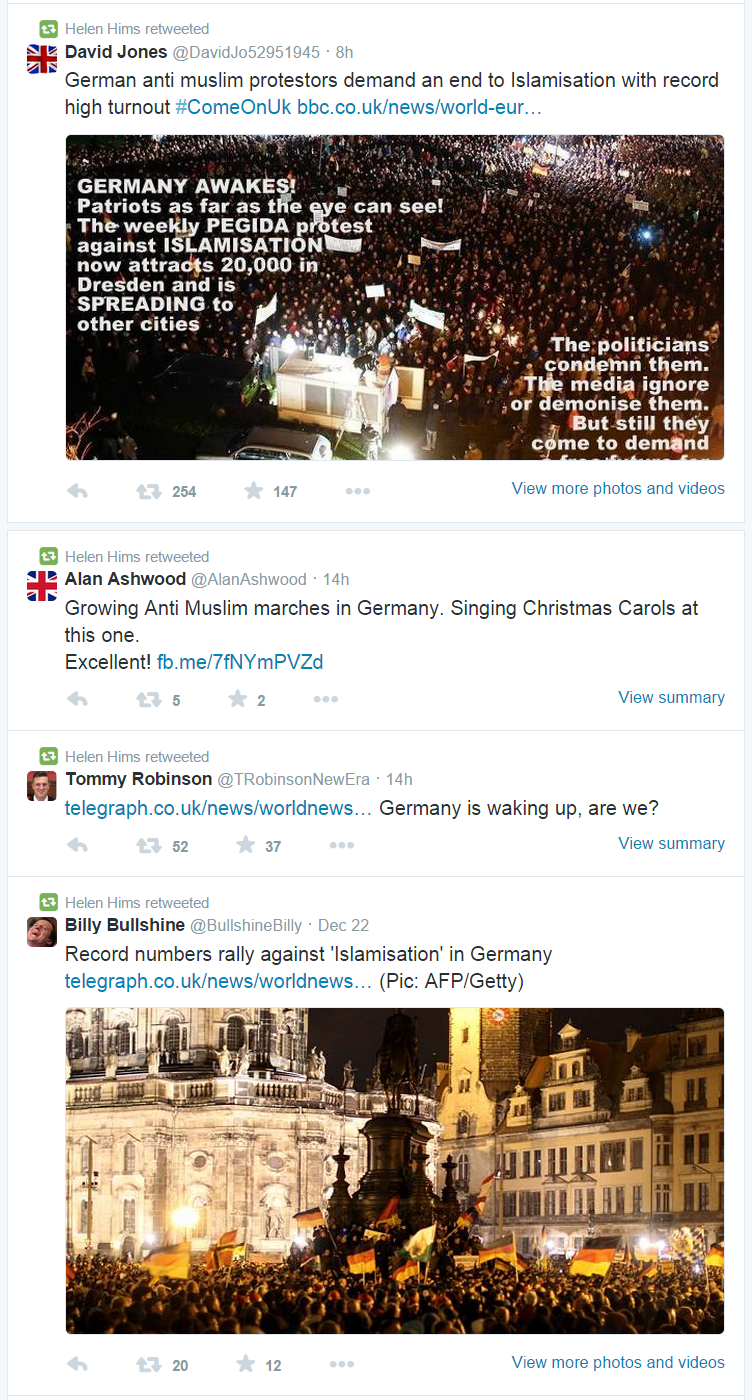 Update:  We have received an email from Helen Hims denying that she retweeted pro-PEGIDA comments and memes with the intention of endorsing them. Everyone (except of course fascists) has the right of reply, so you can read her email here.

I have to say I find her arguments unconvincing, to say the least.

It was notable that Hims’ (now deleted) Twitter account didn’t feature the usual “retweets do not equal endorsements” disclaimer. I would suggest there was a reason for this, namely that her timeline consisted largely of retweets, typically of a pro-UKIP character, which she had obviously decided to pass on because she agreed with them. If Hims wishes to dispute this, I will provide the screenshots.

A fellow UKIP supporter regularly retweeted by Hims was a hardline anti-Muslim bigot named David Jones, who uses the handle DavidJo52951945. She was so impressed by Jones’ response to last week’s demonstration in Dresden that she forwarded two of his tweets, both of which applauded PEGIDA. One of them (“GERMANY AWAKES! Patriots as far as the eye can see!”) is reproduced above. Here is the other: 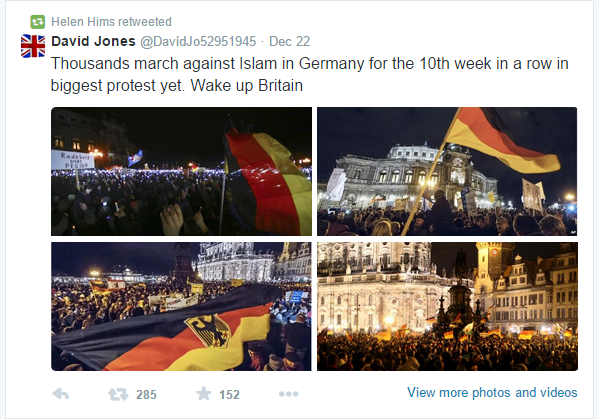 Yet, according to Hims, she doesn’t like what she sees of PEGIDA and was “simply amazed & shocked to see such huge protests going on on our doorstep with virtually no news coverage”. So, as you would, she decided to retweet a series of enthusiastic pro-PEGIDA comments by raving Islamophobes, including one from the former head of the English Defence League. This in no way indicated any sympathy on her part for PEGIDA.

You can make up your own mind whether you buy that argument.

Hims also states “I have absolutely nothing against Islam”. But somehow that didn’t stop her publicising the views of those who portray it as a religion that inspires hatred and violence. Here is another retweet by Hims, from an individual named Peter Townsend, attacking David Cameron and other western leaders for arguing that the terrorist organisation ISIS is not a true expression of Islam: 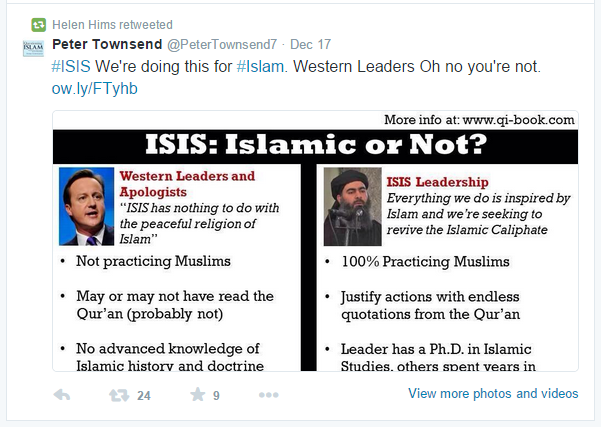 Only recently, after a number of scandals involving embarrassing tweets and Facebook posts, UKIP chairman Steve Crowther warned party members against the pitfalls of using social media: “My advice: just don’t.” Perhaps Helen Hims should have listened to him.