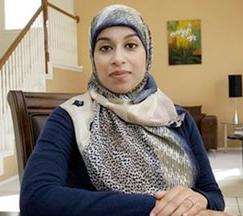 A medical clinic in Dallas, Texas has sparked controversy after saying a Muslim doctor applying for a job cannot wear her headscarf if hired.

Dr. Hena Zaki of Plano, Texas said Friday that she was shocked to find a no-hat policy at the CareNow clinic extended to her hijab. “He interrupted the interview and said he didn’t want me ‘to take this the wrong way,'” Zaki said. “Like an FYI.”

The 29-year-old doctor has called for an apology and a change in CareNow’s policy.

The Council on American-Islamic Relations has criticized the no-hijab policy, calling it “a blatant violation” of federal law. “It’s obvious it’s a blatant violation,” said the council’s civil rights manager, Khadija Athman. “It’s a very straightforward case of religious accommodation. I cannot see any undue hardship on the part of the employer to accommodate to wear a head scarf.”

CareNow Chairman Tim Miller, however, has refused to apologize, saying in a statement that there is nothing wrong with the policy, which, according to him, “does not discriminate on the basis of race, sex, religion, or national origin”.