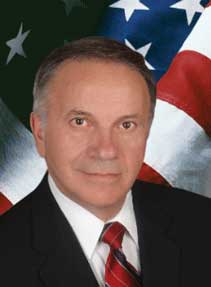 Amid disturbing revelations that the verdicts of Islamic Sharia courts are now legally binding in civil cases in the United Kingdom, U.S. Representative Tom Tancredo (R-Littleton) moved quickly today to introduce legislation designed to protect the United States from a similar fate.

According to recent news reports, a new network of Sharia courts in a half-dozen major cities in the U.K. have been empowered under British law to adjudicate a wide variety of legal cases ranging from divorces and financial disputes to those involving domestic violence.

“This is a case where truth is truly stranger than fiction,” said Tancredo. “Today the British people are learning a hard lesson about the consequences of massive, unrestricted immigration.”

“When you have an immigration policy that allows for the importation of millions of radical Muslims, you are also importing their radical ideology – an ideology that is fundamentally hostile to the foundations of western democracy – such as gender equality, pluralism, and individual liberty,” said Tancredo. “The best way to safeguard America against the importation of the destructive effects of this poisonous ideology is to prevent its purveyors from coming here in the first place.”

Tancredo’s bill, dubbed the “Jihad Prevention Act,” would bar the entry of foreign nationals who advocate Sharia law. In addition, the legislation would make the advocacy of Sharia law by radical Muslims already in the United States a deportable offense.