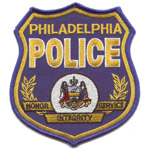 A Philadelphia police officer has no right to wear a head covering as required by her Muslim faith when she is in uniform, a federal judge ruled yesterday.

The Police Department’s uniform code “has a compelling public purpose,” Judge Harvey Bartle III wrote in deciding against Kimberlie Webb, an officer since 1995. The uniform code “recognizes that the Police Department, to be effective, must subordinate individuality to its paramount group mission of protecting the lives and property of the people living, working and visiting the city of Philadelphia,” Bartle wrote. Furthermore, the department’s uniform code, known as Directive 78, maintains “religious neutrality,” the judge said.

The ruling countered a finding by the U.S. Equal Employment Opportunity Commission in 2003 that the department had violated Webb’s rights in barring her from wearing a hijab, also known as a khimar, over the top and back of her head.

The case began in February 2003, when Webb, a mother of six, filed an EEOC complaint after being denied a request to wear a hijab. In August 2003, Webb was sent home three times after showing up at roll call wearing the hijab despite being told not to do so. She also was later suspended for 13 days.

Police officials initially defended their actions by saying, in part, that Webb could have been hurt or restrained by somebody grabbing the hijab. In subsequent statements and legal arguments, the department, which was represented by law firm Cozen O’Connor, said its sole reason was fostering “obedience, unity, commitment and esprit de corps” with a uniform dress policy. Detracting from that policy would cause the department “undue hardship,” it said.