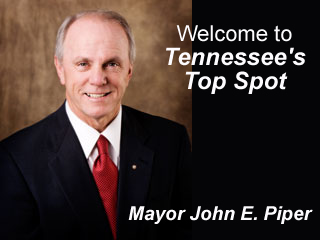 According to a copy of the e-mail obtained by The Leaf-Chronicle, Piper forwarded the e-mail, which had been forwarded several times previously, without comment. Piper sent the e-mail to every City Council member, every department head, and numerous other city employees, friends and family members.

The e-mail asks readers to remember a series of what it calls “Muslim” terrorist attacks. For example, “Remember the MUSLIM bombing of the World Trade Center in 1993!” After listing a series of similar comments, the e-mail concludes, “To use this stamp would be a slap in the face to all those AMERICANS who died at the hands of those whom this stamp honors.”

Piper today defended forwarding the e-mail, saying he sent it on as “information,” for others to read and make their own conclusions about.