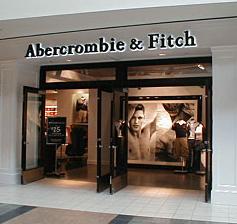 A US Muslim woman sued Abercrombie & Fitch, accusing the clothing retailer of firing her for refusing to remove her religious head scarf, a Muslim advocacy group said.

Hani Khan of San Mateo, California, alleged that store managers had told her to remove her hijab as part of the clothing chain’s “Look Policy,” the Council of American-Islamic Relation (CAIR) said in a statement. Khan was fired from her job at an Abercrombie & Fitch store in California in February 2010, after working there for four months, when she refused to comply with the managers’ request, according to CAIR.

“When I was asked to remove my scarf after being hired with it on, I was demoralized and felt unwanted,” Khan said. “Growing up in this country where the Bill of Rights guarantees freedom of religion, I have felt let down.”

After being fired, Khan complained to the US Equal Employment Opportunity Commission, which ruled in September 2010 that she had been the victim of discrimination. She filed the lawsuit against Abercrombie & Fitch after failing to reach a mediation agreement with them, CAIR said. “Abercrombie & Fitch cannot hide behind a ‘Look Policy’ to justify violating Ms. Khan’s civil rights,” Araceli Martinez-Olguin, a lawyer representing Khan, said in the statement.

Abercrombie & Fitch, a youth-oriented clothing retailer notorious for ads featuring scantily clad young models, has repeatedly faced legal trouble because of its “Look Policy”, which it considers important for its market image.

In September 2009, US authorities sued the company for discriminating against a Muslim woman in Tulsa, Oklahoma, who alleged that a store had refused to hire her because of her head scarf. In a similar case in 2008, a Muslim woman said a manager at an Abercrombie & Fitch store in Milpitas, California, had written “not Abercrombie look” on her interview form and refused to hire her after she applied for a job. Last year, US authorities sued the company for discrimination over the incident.