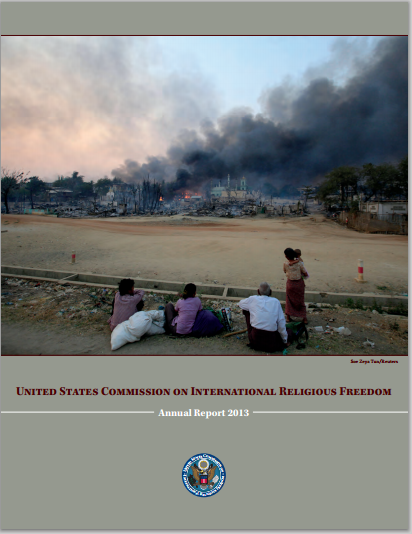 A US panel criticized Western European countries Tuesday for “aggressive secularism” as it released a report on religious freedom that took aim at laws banning full-face veils in public.

For the first time, the US Commission on International Religious Freedom — whose members are appointed by the government — included a chapter on the region in its annual review of tolerance of other faiths around the world.

Because Western Europe generally has a very good record, “it’s easy to overlook the fact that there are some questions and problematic issues emerging there” related to religious dress and customs, commission chair Katrina Lantos Swett told reporters. “In some countries a very aggressive secularism is putting people of religious faith in uncomfortable and difficult positions.”

The report focused in particular on restrictions in Western Europe on religious attire and symbols, ritual slaughter, circumcision, and the building of mosques and minarets. “These, along with limits on freedom of conscience and hate speech laws, are creating a growing atmosphere of intimidation against certain forms of religious activity in Western Europe,” the report said. “These restrictions also seriously limit social integration and educational and employment opportunities for the individuals affected.”

The report addressed laws in France and Belgium that ban the wearing of full-face veils in public, noting that Muslim women who do so can now be stopped, questioned and fined by authorities. “This raises discrimination concerns,” the report said.